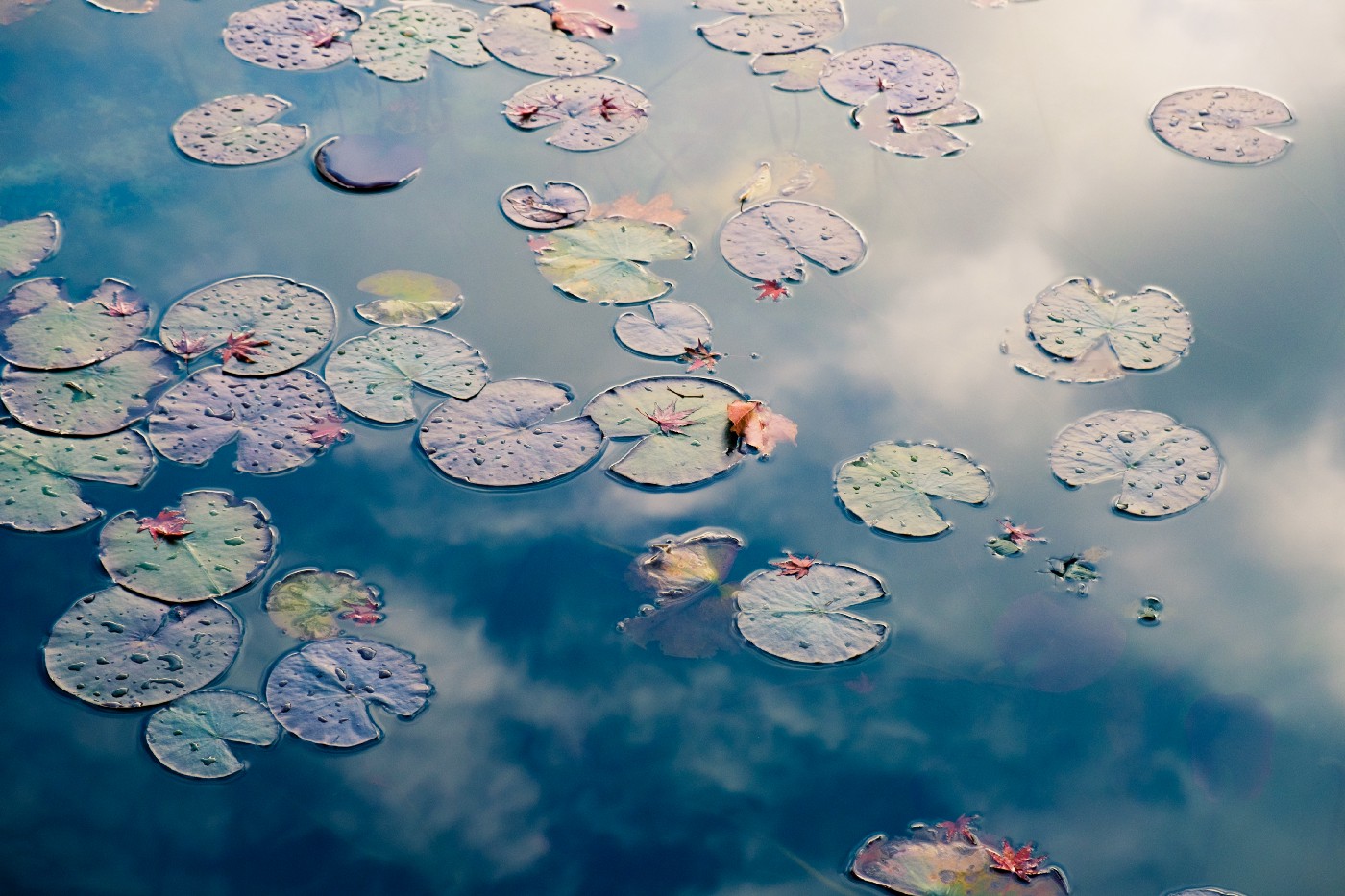 09 Nov Waiting for the Leaves to Change

AS I HURRIEDLY approached the train station, I noticed Uchi looking around and peering at his watch.

“Sorry I’m late, Uchi!” I called out when he recognized me. Without saying a word, he pointed for the exit and began his quick strides. I followed him into the sunshine.

Uchi is sprightly for his age at eight-one-years-old.

I met Uchi a couple of weeks ago when he attended one of my English lessons in the Japanese city of Itami, where I teach on Fridays. Our conversation comprised brief questions and answers about United States national parks, Japanese history, the seasons.

His English is far from perfect. My Japanese is rather nonexistent. But we can communicate, and it seems we have some common interests, one being Japanese sake, the aromatic, subtly sweet, ancient rice wine.

He asked if he could treat me to lunch one of these days at an izakaya, and how could I say no? The day had come.

Uchi and I reached a large, dark and aged timber building in the center of town.

Large sacks of rice sat perched by the entrance. “Shirayuki,” Uchi read, “White Snow,” the name of the sake.

I knew nothing of Itami before meeting Uchi. Pleasant as Itami is, it seemed like a small town on the outskirts of Osaka; what do I know?

I’d later learn that this unassuming city is known as the birthplace of sake, where Konishi, the producer of Shirayuki, has been brewing the fine white alcohol since 1550. Its history runs deep, cold and crisp as a mountain stream.

One of my all-time greatest memories has to do with sake. On my first trip to Japan in 2019, several of my best friends and I spent a night in the sake trove of a mountain cabin on the remote Japanese island of Shikoku.

Uchi and I headed inside.

Uchi promptly ordered us both a traditional Japanese meal of broiled fish, sashimi, miso soup, rice, and other small delicacies I couldn’t distinguish until I popped ’em in my mouth — do I take the shell off this… shrimp? with my hands? I asked.

In with the shell, Uchi gestured.

The conversation couldn’t flow too quickly. I had to enunciate, think about my questions, pause. It felt nice to slow down.

I’m his teacher in the lessons, but of course, he’s my teacher in life. He’s traveled. He has children, who I’m sure he misses. We sipped German beer and White Snow. Uchi ordered me a second glass.

“I heard you like sake!” he said as he poured an extra splash from his glass into my own. He asked why I’ve come to Japan.

I really don’t know for certain.

Every time I answer, I piece together my past.

As a kid, fantasy books and science fiction captivated me. I loved stories of adventure. I felt an affinity for Japan, but I don’t know where that came from — was it playing games like Pokémon and watching Dragon Ball-Z?

I treasure nostalgia; I think of early mornings at my best friend’s house, watching cartoons in our mattress fort and playing first-generation Pokémon on our Gameboys.

That sheer joy of being a kid is what I reach for now from writing, reading, creating. Maybe we’re all just searching for what makes us feel like kids again. Even Uchi. No wonder he’s a lifelong student.

We’re told to grow up, and our love for life slowly dims. That’s not growing up. That’s dying. The wisest among us never lose the spirit of the kid; this isn’t naivety, for they know how dark life is, how painful it can be.

It’s not a lack of maturity, either.

To mature is to think of others and take responsibility for our actions. That doesn’t mean we forget who we were, what we loved. To overcome the darkness, we must never cease emitting the light of a child.

It’s love, isn’t it — which makes this life bearable?

After college, I knew I wanted to live in another country. Japan seemed like the final frontier, unreachable, unimaginable.

When I graduated from university, I became obsessed with reading. I could begin reading what I wanted to in my own time. I started embracing learning for its own sake. I realized that I’m genuinely fascinated by history, philosophy, literature and most of all, the world. One of my best friends told me to read Shogun, and it blew my mind.

Based on true events, Shogun is the story of an English sailor who washes upon Japanese shores in the year 1600. I won’t say much more, but The Asian Saga, starting with Shogun, changed my life.

I finally come to Japan in 2019 with a troupe of my best friends; this trip was the catalyst of the call to adventure that I could no longer suppress.

I want to be a writer. I need to get out there and find my place in the world.

The seeds were planted, and they were fighting to bloom. I’d do whatever it took to make it happen. Two months later, Covid hit. I pivoted, pursued other things, but Japan had always been my goal.

Three years later, I’m here, in an ancient sake distillery, explaining Shogun to my new friend Uchi. He knew the history, but not the book.

I’ve always loved the fall, the onset of the cold and holidays; a newfound depth of the natural world. While year-round sunshine in LA is wonderful, I grew up pining for chilly fall days and rainy winters. This has been a crucial part of my desire to travel.

I commonly ask Japanese people the best place to experience the fall in Japan, as if there’s a day, a time, a place, to feel the world changes all at once.

“They’ve begun changing now in Hokkaido,” said Uchi. “Here in Kansai, they’ll change in late November.” The autumnal shift occurs first in the north and flows like a great rolling wave down south through Japan.

Maybe the change does take place all at once.

More likely, the shift is gradual. It takes time. The seconds fall away; a single leaf changes pigment by pigment. It’s taking place right now, but I’m looking for the fiery red forest, instead of noticing the faint orange leaves.

I look at my past, and try to define the reason for my being here. But the past isn’t neat, orderly and chronological. I’m here because I felt a calling. I’m here because like the leaves, I felt it was time to make a change.

There doesn’t need to be a reason.

Later in the day, I sat in a square beneath a tree, drinking coffee from an earthen white ceramic mug. I closed my eyes and felt the nourishing rays of the sun on my face. The sounds of leaves drifted upon the concrete below coalesced with the flowing sink water and shuffling pots and pans in the kitchen of the Crossroads Cafe to my right.

The coffee was good, emitting a rich aura.

When the man running the shop brought the coffee, I asked him where he’s from. He wore a white towel around his head and smiled, shining a few silver teeth.

“How long have you been here?”

He laughed, then thought for a second and sort of mumbled.

“Thirty years.” He paused. I wonder what went through his mind.

“Where are you from?” he asked.

“Ah, California. I had a friend who would come every day. He was from Georgia. But he left.” He turned and walked through the sliding glass door of the cafe.

I wondered what’s brought him to Japan, to Itami, to this square, where the leaves are changing quietly, softly.

They were green on the tree which hung above my head, outlined in gold by the afternoon sun. On the opposing side of the square, the leaves were orange and dark, amber red. Those which fluttered on the ground were brown, disconnected from their source, drifting.

Outside of the shop there was a broom, a few plastic pales and a metal bucket which caught the water as it fell from the gutter above. It created a modest and cheerful atmosphere, as if I was having coffee beneath the tree of my own backyard.

A piercing ray kissed the ridge of the shrine across the road, a deep golden light which reminded me of fall back home in LA; the sea seems full and the sky seems whole, the sunsets fierce, and life, a little slower.

Some time later, I got up to bring in the coffee mug.

“Just leave it on the table!” the man called out from the kitchen. I nodded and went inside to pay.

“Are you staying at the hotel?” He asked as I placed a coin on the counter.

“No, I work at the English school at the train station. My name’s Vinny.” The inside of the shop was charming, like a living room, with papers strewn about and a view of the open kitchen.

“I’m Abraham,” he said warmly as he put dishes away.

It isn’t the big moments that’ll make up my time in Japan.

It’s the daily questioning, seeking the love that I felt as a kid, enraptured by the world.

It’s the leaves turning, pigment by pigment in sparse, uncrowded squares in the birthplace of sake. I don’t need to go seeking the bright essence of fall to feel the change.

I felt it, in myself and in the world, sitting outside of the Crossroads Cafe.

I took the wrong train on my way home, the local, instead of the express train. I wound up at a desolate train station in a place I’d never go without a reason.

Standing on the platform, suddenly, the night felt cold. I buttoned my shirt all the way to the top and stuffed my hands in my pockets.

Another man ambled up to the platform wearing a thick wool coat.