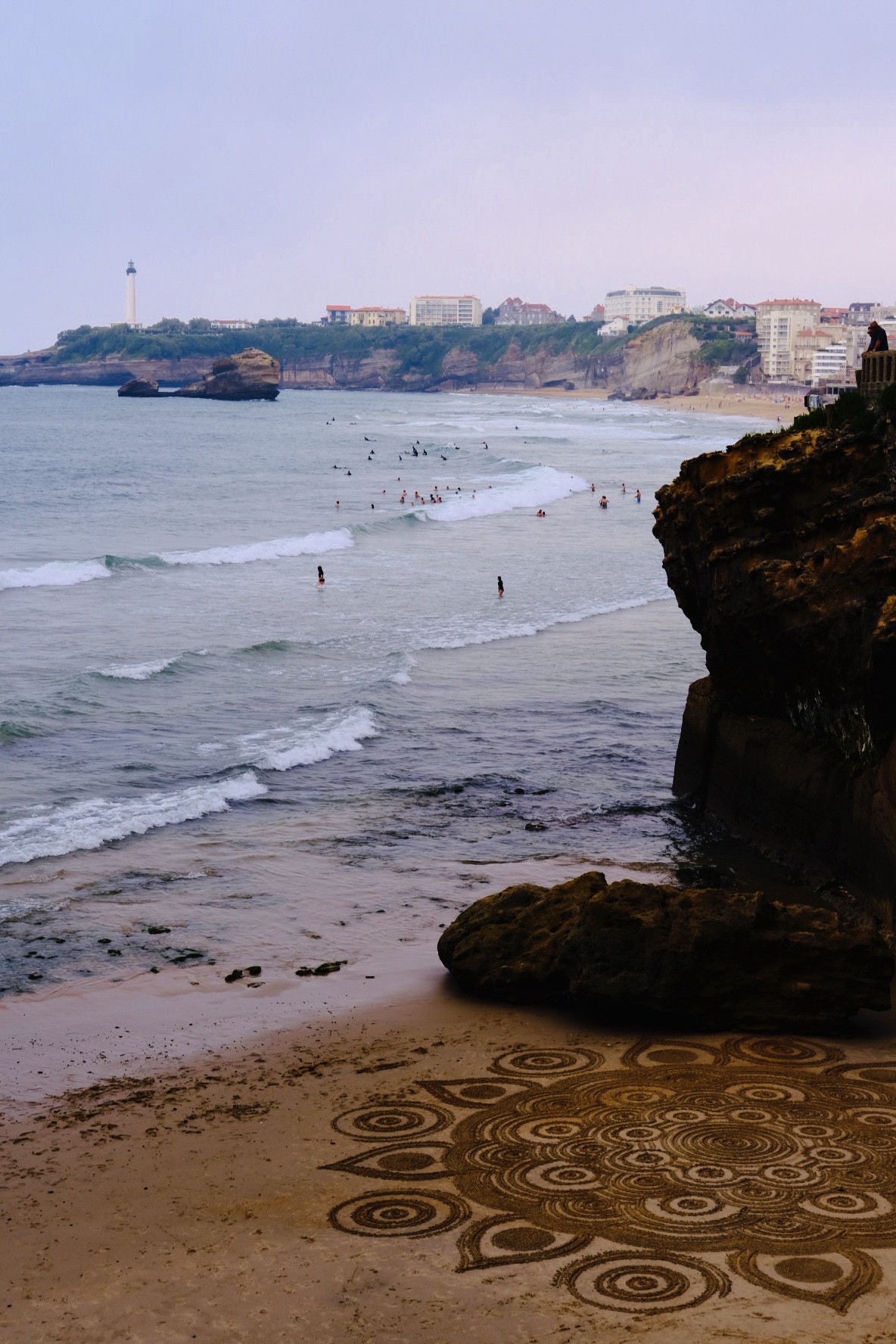 08 Jan Every Experience Is a Celebration of Life

LE PAYS BASQUE IS A LAID BACK PART OF THE WORLD WHERE the smell of the ocean and fresh morning pastries dance in the air at the start of each day. I wonder what it’s like in Biarritz, France, on a day like today. How I miss it. A year and a half ago this place took hold of me like the tide of the sea; once in its grip, I didn’t want to let go.

Being there makes you breathe deep, slow down, and take a look around. It makes you happy to be alive.

I know we’ll be traveling again soon. When we do, I hope we remember this time of longing. Every experience, from a trip around the world to dinner with friends, shall be a celebration of life.

Biarritz is one of Southwest France’s essential towns and is considered by many the surf capital of Europe. I can’t think of a better place to go when this is all said and done.

My brother and I arrived in Biarritz on an overcast and humid morning. The breeze from the sea immediately welcomed us after stepping off the plane from Paris onto the small runway.

The unmistakable scent of the Atlantic Ocean filled me to the brim with joy. My soul felt at home in this foreign place. We rented a car and drove slowly through the outskirts of town.

As we did, we passed aged wooden farmhouses and cafes whose pastel colors had faded from the salty air. They wore a distinct, rustic patina.

Surf culture took over Biarritz in the 1960s and changed the face of this erstwhile whaling town rooted in Basque tradition. Surrounding Biarritz are many villages and towns full of rich history, unique stories, and nuanced ways of living.

One could drive from town to town as my brother and I did, getting lost in the surf culture that makes this part of the world unlike anywhere else year-round.

Considered one of the oldest spoken languages in the world, perhaps even the oldest, the Basque language is gritty and passionate.

Still, its origin remains shrouded in mystery. While French is the region’s dominant language, the Basque language is spoken in parts of both France and Spain, a commonality between these countries along with world-renowned Basque cuisine and a profound love of the ocean.

The spirit of Le Pays Basque is simple, pure, and incredibly beautiful. The green and brown Pyrenees mountains are speckled with white snow and provide a marvelous backdrop to the region.

In the cold winter months, the mountain snow may travel to the seaside towns as it had recently. On one of our outings, my brother and I spoke with a local surfer while we visited the neighboring village of Guéthary. He told us that the winter before we were there, the beaches were covered in snow.

Imagine the scene: small, clean waves rolling in with only a few surfers in the water, a beach blanketed in white snow, and a world-class restaurant waiting to warm up with wine and delicious food post-surf. Now that’s an afternoon I can get behind.

We arrived in Biarritz eager to get a bite. I’d been waiting to take a page out of one of my favorite books, Ernest Hemingway’s The Sun Also Rises.

I had to begin with some shellfish and a beer, followed by a dip in the water. I outdid myself with a plate of massive shrimp that appeared to have met their maker just moments before arriving at the table.

Sitting outside on a cobblestone street, eating, drinking, and watching the world go by is one of life’s most wonderful pleasures.

It’s moments like that one I sincerely miss. We all do.

When the world opens up, we mustn’t take these moments for granted. Every second with somebody dear won’t just be routine. It will be an occasion to savor.

That first night it began to softly rain. The ocean became a pale grey-blue as we prepared to jump in before a late dinner. The rain only made it better.

The tide had risen and the waves crashed against the stone staircase leading down to one of the small inlets off the boardwalk.

I swam far out to sea, taking in the summer rain. Being on the Atlantic side of France, the ocean is colder and rougher than the Mediterranean.

My body felt good as I waded in the water and looked back at the city. It looked like an oil painting in motion. The evening festivities began to commence among the charcoal background of dusk.

St. Martin’s Church sits in Port Vieux, the center of the town, and looms over the surrounding bistros and surf shops. The cathedral is a reminder of this city’s medieval history, a fascinating cultural blend of the past and present.

The cathedral sitting next to the crashing waves is one of the most beautiful sceneries I’ve been lucky enough to witness. 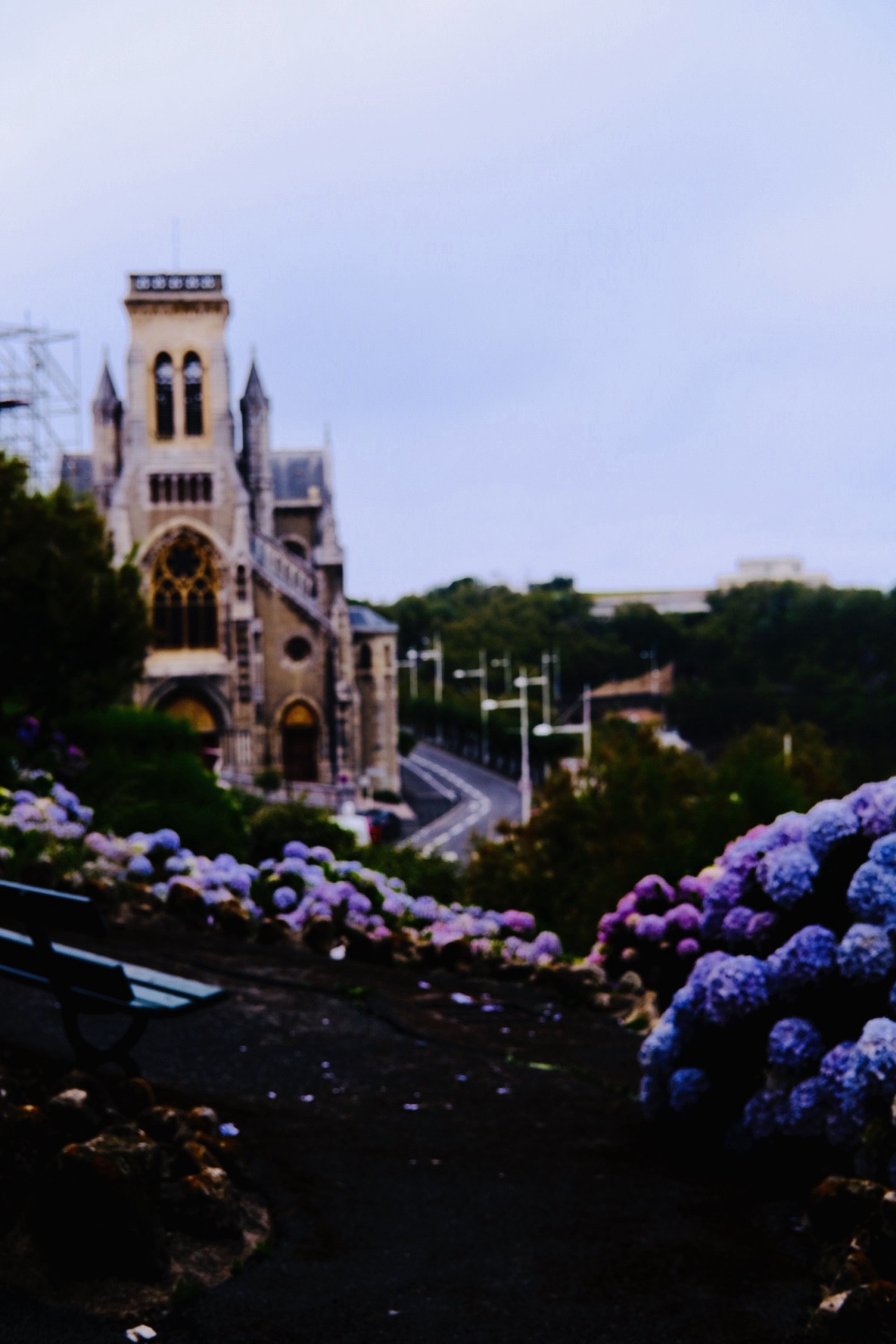 The next morning the aroma of fresh coffee and pastries rose from the bakeries and intertwined with the crisp, damp air. Shopkeepers opened their stores and fishermen set out for their day.

I made my way down to the dock, observing the stillness of the fishing boats as their reflections glistened off the algae green water.

Biarritz has been a whaling town since the Middle Ages. Its coat of arms portrays seafarers alongside a blue whale with the inscription: Aura, sidus, mare, adjuvant, me (the air, the stars and the seas are helping me).

I set out to explore the city from end to end along its coast, about an hour’s walk from one point to the other.

I wanted to get lost among the labyrinthian trails and walkways that make up the city’s cliffs, so I bobbed in and out and ran into a few field mice along the way.

I came across some incredible vantage points overlooking the water.

On one side of town is la Grande Plage, the city’s main beach to lounge and enjoy the baking sun.

In 1854, the last French monarch Napoleon III and his wife, Eugénie de Montijo, constructed their summer home in Biarritz.

The estate was originally called Villa Eugénie and is now the Hotel Du Palais. The city’s famed hotel provides a charming site to marvel at on a boardwalk stroll. 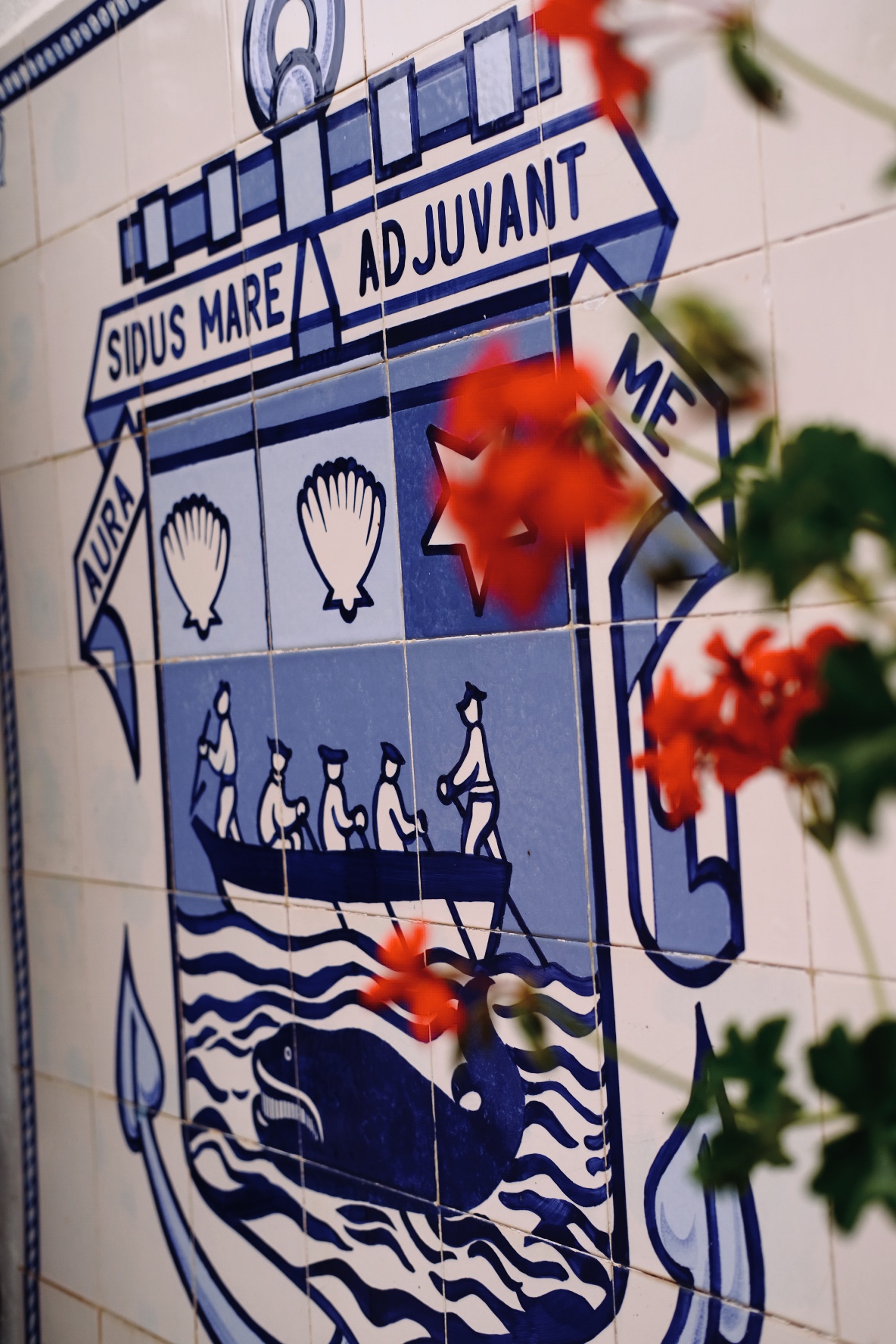 Off Port Vieux is an island about a quarter-mile out to sea. Mother Mary’s statue sits atop a man-made hill, blessing fishers as they set out for the day. I was there early along with a lone fisherman trying his luck.

“Can I take your photo?” I asked in my best French, so I’m sure it was rough.

“Yes,” he replied with a subtle smile, one I wouldn’t be able to discern through a mask. It was connections like this between two strangers enjoying the simplicities of life that makes traveling a bridge between people.

I henceforth strive to truly appreciate these moments, whether traveling or in my hometown. This world is all of ours; it’s connections like this one I’ll always remember.

“They’re not biting today,” the man remarked as he patiently gazed into the water’s glassy surface.

It didn’t matter all that much to him. He returned to his bait, attached a small fish to his line, and kept at it. I loved that early morning.

Around the other side of Port Vieux is the beach, La Cote des Basques. The gentle rolling waves serve as an ideal beginner surf spot. Extola Bibi sits on the overlooking cliff, a small beach cafe to grab a beer or coffee after a surf or a day at the beach.

My brother and I went for sunset one evening and split a bottle of local wine with cheese and crusty bread. We watched the final surf sessions of the day while the golden, darkening sky blended with the shade of the ocean.

The sounds of clinking glasses and lively chatter surrounded my brother and me. We couldn’t have been happier.

We spent our days exploring the different beaches, towns, and various unique restaurants. I’d not known much about the Basque Country before this trip.

The people who give it spirit, the architecture that gives it charm, and the history that gives it meaning captured my heart. After spending time in Southwest France, it’s evident what qualities matter in life.

As I think back on the trip, I’m reminded to let the unnecessary worries, negativity, and fear fade away. Life is too precious for these restraints on our soul. There’s so much to appreciate, no matter where we are.

On my final night, I went down to the Grande Plage to watch the lighthouse scan the water.

No matter what’s happening out at sea, no matter the size of the waves or the impact of a storm, a lighthouse is there to guide one home, a beacon to turn to and trust.

I walked down the boardwalk towards the lighthouse, laid down on a bench, and closed my eyes to listen.