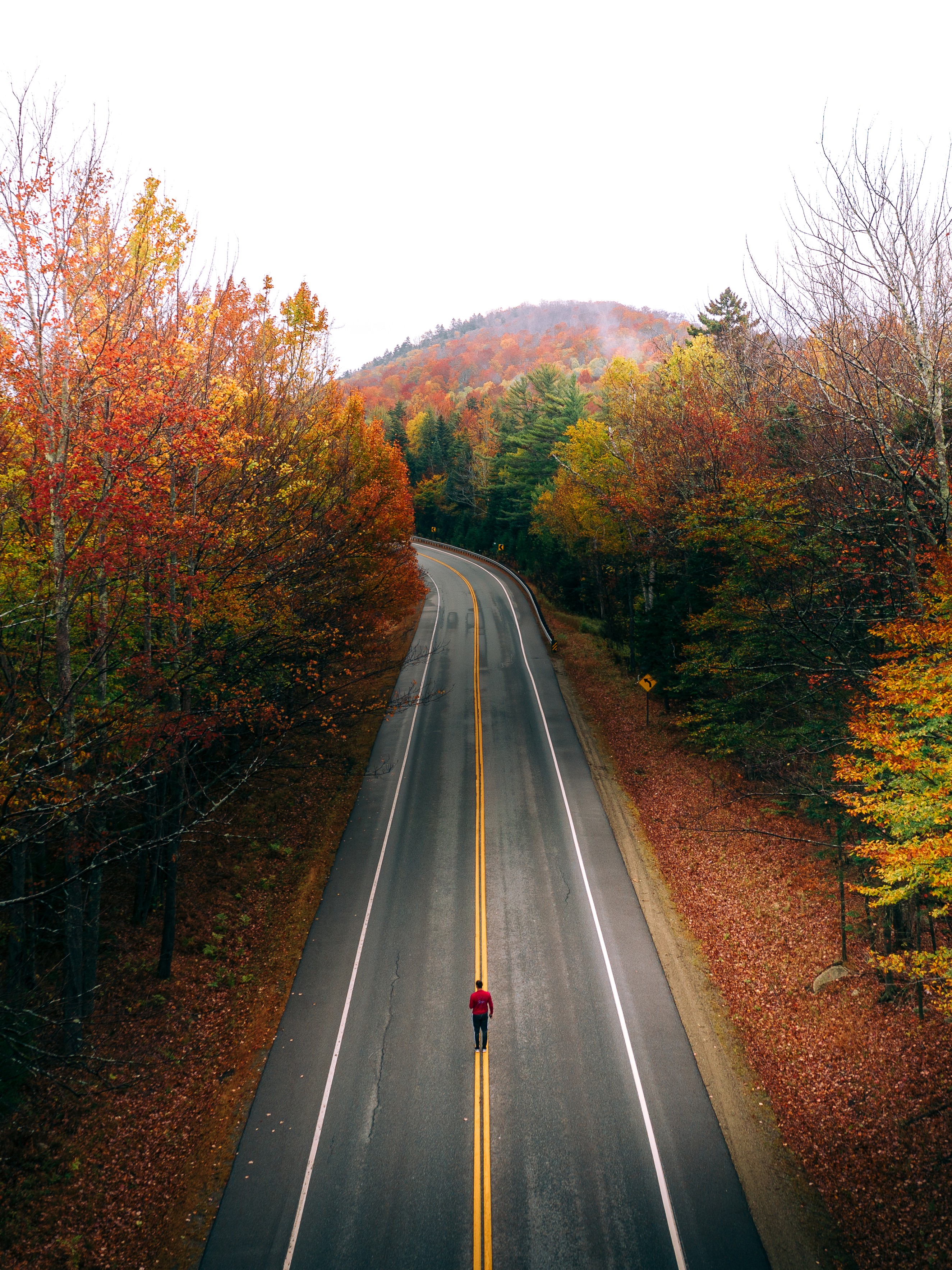 WE, AS HUMAN BEINGS, are often irrational creatures. We contradict ourselves, seldom can articulate what we really want from life, and act in ways we look back on with bewilderment.

But that’s what being human is all about. We’re not perfect, nor do we need to strive for perfection. Yet, we can grow.

Every day we have the option to do something purposeful that moves us forward towards a life we can be proud of when it’s all said and done.

But often we get caught up, even paralyzed, by the notion that whatever it is we long to pursue is simply too much. The end goal seems absurd, impossible, not like us — so we never even try at all.

Maybe it wasn’t the “us” of yesterday. Today’s a new day. What could we accomplish if we just took that first step? If we acted on an idea? If we took a leap of faith and just jumped into the void?

What could we achieve if we simply discarded the idea of even finishing, if we only considered how starting this endeavor would bring us joy instead of fearing what the world might think?

There’s something to be said about cherishing the journey.

Man is predominantly a creating animal, doomed to strive consciously towards a goal and to occupy himself with the art of engineering — that is, to eternally and ceaselessly make a road for himself that at least goes somewhere or other.

This passage comes from the brilliant Russian novelist Fyodor Dostoevsky in his 1864 novel, Notes from Underground.

The existential story derives from the pen of the story’s anti-hero, the underground man. From underneath the street of nineteenth-century St. Petersburg, the character has separated himself from society and pens his dramatic perspective of the often absurd nature of being alive.

There are undoubtedly countless nuances I’ve missed after reading the story for the first time. It’s a short book of 130 pages; yet every line emanates with the profundity of what it means to be human. With books like this which I hope to return to, I consider the read invaluable if I can come away with just one insightful lesson.

The previous passage stuck with me.

To build a road is to strive continually to reach some goal. Little by little, we as human beings have an opportunity — to continue building upon who we are and what we want for our future.

This may mean doing one small thing every single day which gets us closer to the person we want to be. A ten-minute meditation that we never miss. Twenty pages of a book every night. Putting pen to page to map out that project, dream, or idea worth pursuing.

We mustn’t underestimate the power of small daily action. Lay down the first brick, take action on something that pervades your consciousness, and start building. We all have it; that longing which lingers in our mind like a bee above a budding flower.

The sharp-witted psychologist and writer Jordan Peterson has sincerely changed my life with his books: 12 Rules for Life, and his latest, Beyond Order: 12 More Rules for Life.

Peterson writes in Beyond Order:

Aim. Point. All this is part of maturation and discipline, and something to be properly valued. If your aim is nothing, you become plagued by everything. If you aim at nothing, you have nowhere to go, nothing to do, and nothing of high value in your life, as value requires the ranking of options and sacrifice of the lower to the higher. Do you really want to be anything you could be? Is that not too much? Might it not be better to be something specific (and then, perhaps, to add to that)? Would that not come as a relief — even though it is also a sacrifice?

This comes from the chapter: Work as hard as you possibly can on at least one thing and see what happens.

Without something that matters to strive towards, it’s easy to lose ourselves in the noise of what others are doing. Consider what might truly bring you joy, or what would make your life a little better, something you could work on day by day. Take aim, and give it everything you have.

I’m near the end of working on my first book and find myself thinking about the next step. I’m trying not to worry, as all I have to do is focus on the daily task in front of me.

The book started with a single essay, which began with a single thought — what do I want to do with my life right now? I wanted to express myself through studying history to better understand our present day. I began to read. I started to learn.

One thing lead to the next, but I couldn’t have imagined being this far down the road. I didn’t need to; in fact, I’m very glad I didn’t.

But I fear not publishing the book even more. If for nobody else, this undertaking is for me. My greatest fear is never having even tried. What’s going to change when it’s done? Perhaps not a lot — except there will be a hole to fill.

The passage from Dostoevsky continues:

Man loves creating and the making of road, that is indisputable. But why does he so passionately love destruction and chaos as well? Tell me that! But of this I wish specially to say a couple of words myself. Can it be that he has such a love of destruction and chaos because he is instinctively afraid of achieving the goal and completing the edifice he is creating? How do you know, maybe he likes the edifice only for far off, and by no means up close; maybe he only likes creating it, and not living in it.

It doesn’t matter if we fail; what is failure? No sales? A critical review? Failure is never taking that leap in the first place. Thinking about the destination can freeze us into never embarking on the journey of our lives.

Please, take the first step towards your dream, your idea, your business, your art. The road you’ll traverse will astound you. If nothing else, you’ll learn something new about who you are. Is that not worth pursuing?

The destination means nothing. When the smoke clears and the day is done, we’ll be back at square one, pondering what road to embark on next.

There’s joy to be found in every step of the journey.

The passage by Dostoevsky is long; yet it made opening the cover more than worthwhile. I’ll leave you with this:

Man is a frivolous and unseemly being, and perhaps, similar to a chess player, likes only the process of achieving the goal, but not the goal itself. And who knows, perhaps the whole goal making strives for on earth consists just in this ceaselessness of the process of achievement alone, that is to say, in life itself, and not essentially in the goal, which, of course, is bound to be nothing other than two times two is four — that is, a formula; and two times two is four is no longer life, gentlemen, but the beginning of death.

You have what it takes; I believe in you.