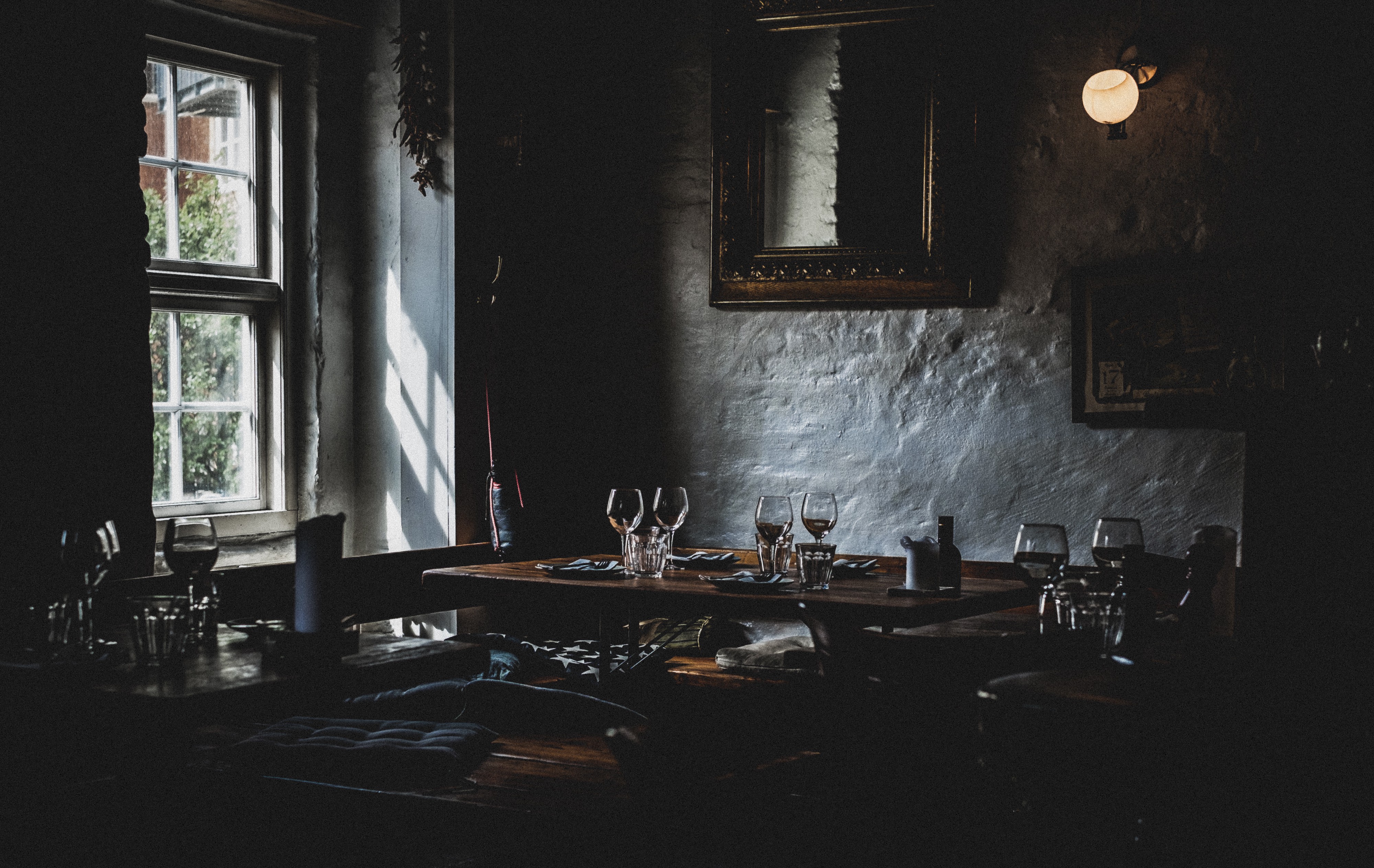 11 Oct The Smile of Avori

THE WARM NIGHT AIR blew through the street and swept through the open windows. At this late hour, the shop became Joon’s sanctuary of calm. The air felt fresh with nobody in the tavern, like it does when he swings the door open for the first time in the morning.

All that remained to do was give the tables a final wipe and count the coins in the register. Then, he’d go upstairs to sleep for a momentary break. Home meant little to him. The word, at least.

The tavern was his home — he knew every quirk and the whereabouts of each loose bolt. He knew which regulars sat where and what they drank; he, and only he, knew the reason for its being.

He’d given his life to it. In return, the shop had mended the hole in his heart. As much as it could, anyway. He knew there would always be a missing piece. He chose to no longer dwell on it and would work his fingers to the bone to pass the time.

The wooden tables came to a shine; he looked at his reflection and at the eyes which looked back at him, no longer as vacant as they once seemed, but restored, like a well after a long-awaited rain. That’s what time does to the eyes. They get deeper with age, yet fill and drain with life based on what they’ve seen.

His eyes were dark and contained a youthfulness that he didn’t feel. The last few years had aged him. But he still had life to live; he was proud of what he created.

Joon’s Tavern was a home for wanderers, broken souls like he once was who only need a single loving embrace to carry on. Joon didn’t hug every stranger who walked through the door. But he gave them a roof for the night if they needed it and had a metal to give. He gave them a meal; a tall glass of suds; a friend. That was most important of all. Joon knew it all too well.

A fumbling sound came from the entrance. The wooden door opened slowly. The world outside was dark blue, yet the gentle suffusion of dawn began drifting through the street. A woman walked through the door. Her eyes peered curiously from left to right behind a chopped veil of raven black hair.

“Excuse me?” She said in a fragile tone, as if only to herself. Joon looked at her as disparate thoughts began vying for his attention. He watched her for several seconds, then shook his head, as if a bee had landed on his nose.

“We’re closed, unless you’re looking for a room.” Her body turned to face him while he looked at her. She didn’t look timid, as he might expect somebody to be this late at night. No — she was determined — her eyes were wide and blue and locked on him. Her shoulders were relaxed, as if entering the shop concluded a journey of the soul.

“This,” she looked at the ceiling and around at the walls. “This is Joon’s Tavern?”

“I’m Joon.” He said nothing else to see what might arise from a moment’s silence. She returned no words. A pressure filled the empty space.

They just looked at each other. There was something recognizable in the way the corner of her lips shifted into a subdued smile. She was holding back — as if she wanted to scream, or maybe allow tears to fall.

“Where are you coming from?” Joon finally asked when he could no longer withstand the silence. He knew that smile; he knew who she was.

“My brother is Taylor. I’m Avori. I arrived at the port a couple of hours ago.”

Memories flashed through him like water that had broken through a dam. He couldn’t comprehend it, but there she was, standing before him. The last time he’d seen her, he and Taylor were boys of eight or nine. She was an infant in her mother’s arms. He remembered the raven black hair and subtle smile which the journey of life hadn’t seemed to allay.

“Let me put some coffee on.”

Joon quickly turned to the kitchen and disappeared for what felt like ages. It was only five minutes at the most. When he reentered the room, Avori was standing by the window, watching the leaves gather with the colorless wind.

She heard him move, but didn’t change her position of looking out the window. Neither felt the need for haste, as there was enough to learn about one another to fill all the books in the Library of Tau.

Joon poured water into the bronze and iridescent kettle. He watched as miniscule bubbles began to develop over the heat of the burner. He put the hazel brown coffee into the filter as the bubbles ascended. He poured the hot water over the beans and studied the liquid. It fell into the glass as single drops.

The smell of coffee, chocolate, and nutmeg slowly filled the room.

“That smells delicious.” Avori turned from the window and put her hands on the windowpane behind her.

“I’m sorry, I don’t really know where to begin.” Drip. Drip. Drip. The breeze carried the scent; Avori closed her eyes and inhaled.

She opened her eyes.

“I am. I’m sorry.” She responded after a pause.

“I don’t know why I came here, but I could go nowhere else. I’ve felt a calling for a while, and I could no longer bury it. I think it means something. I came here straight from the port.”

Joon said nothing. He poured the hot coffee into a small glass. A head of steam followed the glass as he walked it to Avori.

“Here you go, my specialty.”

“What was the last thing you remember about Taylor?” she asked before Joon could say anything else.

“He loved to cook for the people he loved. If he was going to remain anywhere for more than a month, it would be to open a tavern. A really fucking good one.”

“I remember his smile,” Avori said as she turned the glass in circles on the wooden table. It created a braid of steam that faded into nonexistence, like lingering clouds on a sunny day.

“Maybe he was faking it. He always smiled, even when it got bad.” She didn’t look up as she spoke.

“Did he ever cook for you?” asked Joon.

“On special occasions, I guess; but he did that for anybody. His smile. He made people happy with the food he made, but I felt like that smile was for me. Since we were kids, he told me more with a smile than he ever could with words. He told me how much he hurt, how much he wanted to find his way. Maybe that’s why he kept leaving. He told me it wasn’t my fault. Yet he never actually told me these things. He just smiled, the type of smile that carries an unmanageable weight.”

Joon looked outside into the hazy street. It was faintly lit by the rising sun. The wind stopped blowing, and when he looked at her, he saw Taylor in her smile.