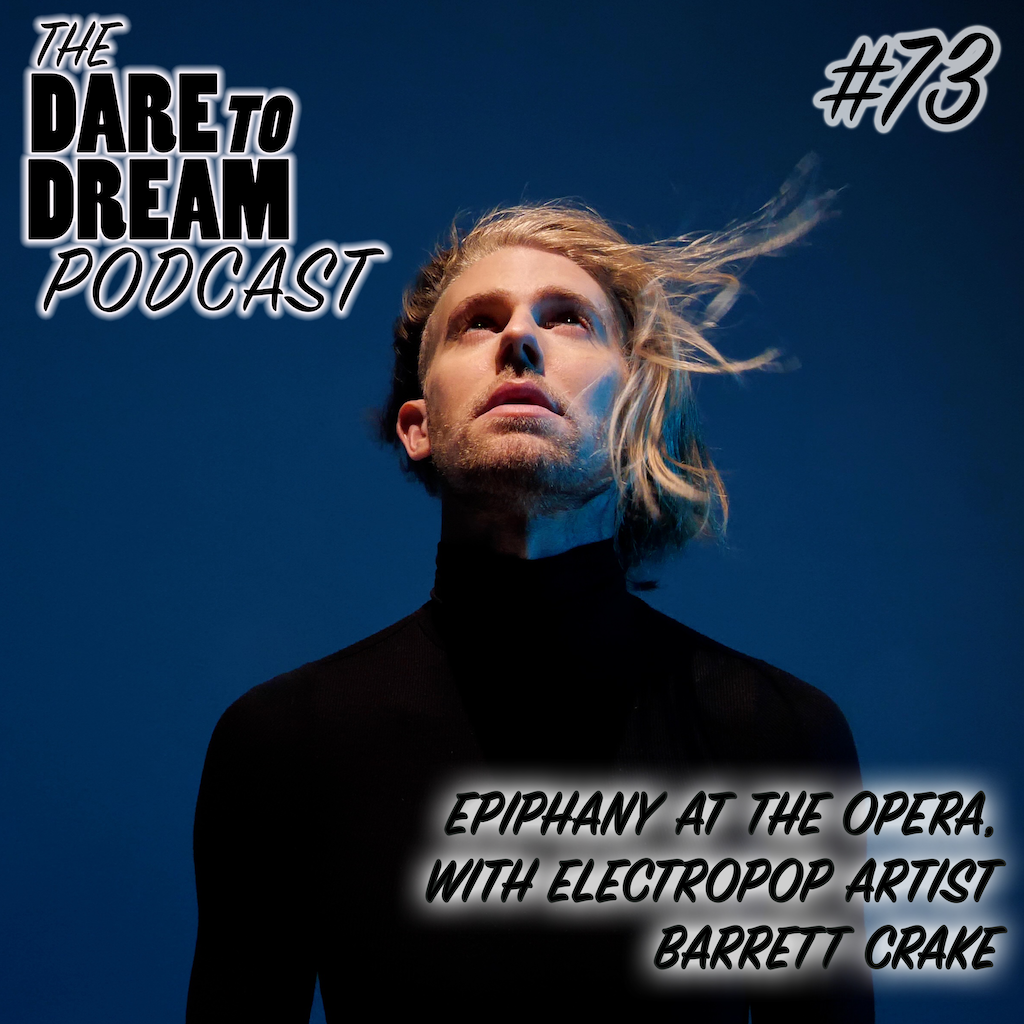 20 May The Dare to Dream Podcast #73: Epiphany at the Opera, with Electropop Artist Barrett Crake

American electropop artist Barrett Crake was living the life that many American college grads dream of. He’d landed an impressive gig after graduating from a prestigious university. Life was exciting—he was going somewhere. Yet he felt anxious. He felt trapped. He was working behind a desk, wondering if this was truly the path for him.

He decided to take a trip where an unforeseen moment would change everything.

After sitting through a three-hour opera in Berlin, Barrett had an epiphany. He was meant to be an entertainer.

Since then, he’s pursued the callings of his heart, those which he felt as a young kid but perhaps didn’t understand until it was time to take a drastic step as an adult.

When the revelation struck, Barrett quit his job and began putting in the work with acting and then music to become the artist that he is today. There of course are hardships to overcome in any worthwhile journey. But now, years later, Barrett creates music for a vibrant fanbase and has established meaningful, global partnerships with producers such as Nick Ribbens and Mauve.

Barrett currently splits his time between Lisbon, Portugal and the United States, emblematic of the creative spirit who takes steps every day not only to progress as an artist, but as a human being. Barrett strives to live a life that’s authentic to who he is, and that goes far beyond just making music.

This episode will light a fire in your soul to take a step, even if you’re unsure of where it’ll lead. You’ll know if it’s taking you where you’re meant to go, and if it’s not, at least now you’re on the journey, no longer waiting, but living.