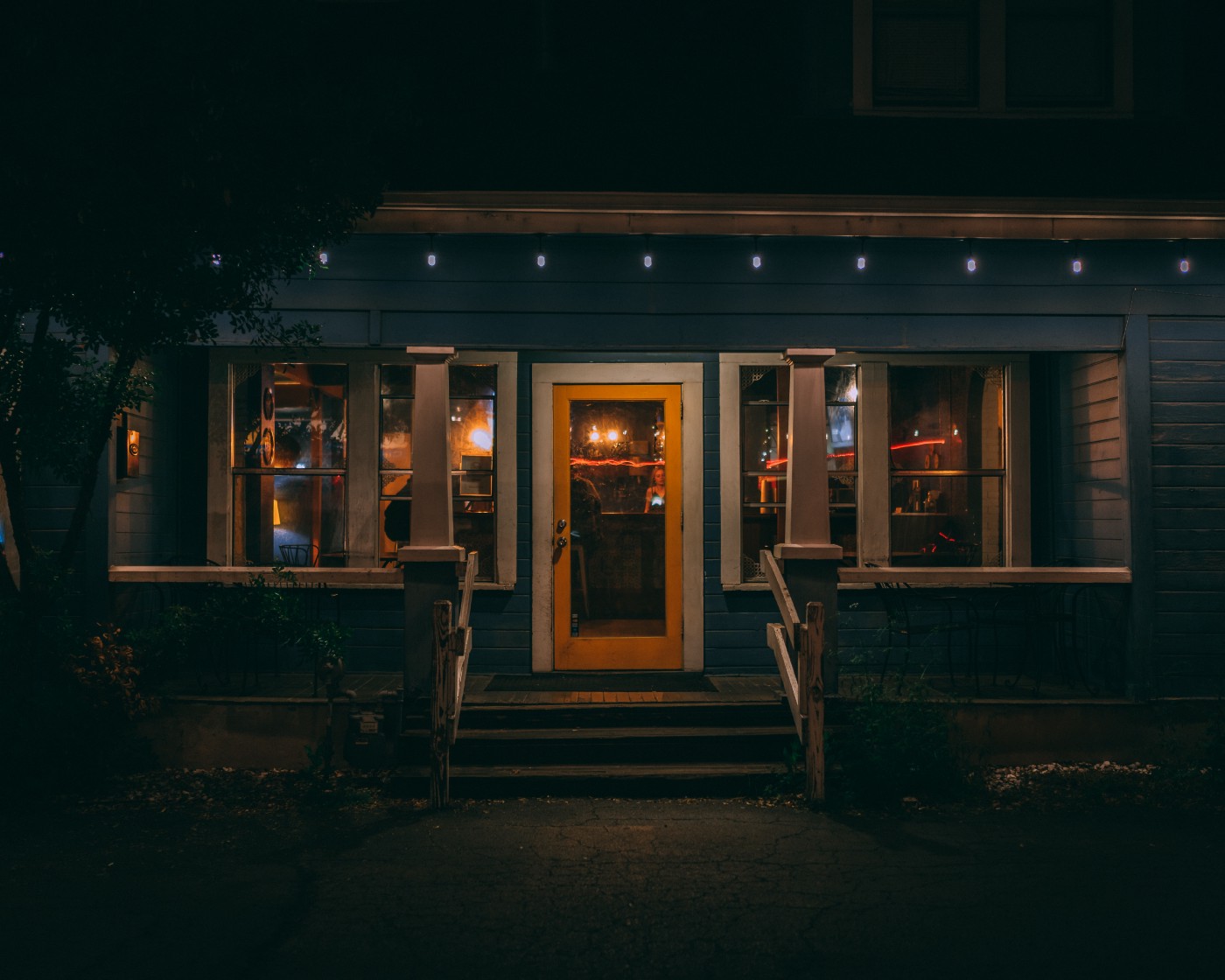 18 Aug Right Where He Was

EVERY SO OFTEN, IT WOULD hit him. Not as much during the moments you might think, when he was putting the kids to bed, the two girls in their room at the end of the hall, and the boy in his room closer to the man’s bedroom. The boy’s room was smaller; he had used it as an office before the boy was born.

The man could look out of the big square window that overlooked the start of the woods, and it was then that his mind seemed to pervade the forest. It would move through the damp trees and divide, covering every inch of the forest, like a dog hunting with its nose. No, it wouldn’t hit him then.

When the kids were asleep, he would sometimes walk through the kitchen door into the night, and listen. Not for anything in particular, and that was the point. The man looked for that feeling that would sometimes find him, but often evade, and he didn’t know how to bring it back. When he stood beneath a black summer sky, a june bug might fly by and carry with it a drop of light.

Ones like he used to catch and store away, keeping the light for himself, hoping to hold on to it, just for a moment more. Eventually, their light went out; he found a sense of peace in that. He often thought of those nights, and what to make of the pain. Even in the brightest days, he couldn’t see past losing the boy’s brother.

The forest was gone and the boy was gone, and the light that he caught and stored left a long time ago. He saw his face in the depths of the night sky, but he couldn’t turn, couldn’t shed a tear, couldn’t bring about a thought to last and guide him through the never-ending trench of days, burrowing from one to the next without a destination, never once seeing what’s been in front of him all along. The boy was gone. The home wore a somber face for too long.

Once the forest held the home within its grasp, but now the house stood bare, unfixed to any proper place or time, just a pile of dead planks. It didn’t come when he thought it might — when he asked for it. An answer. An answer to the meaningless nature of it all, how life can slip away as quickly as it enters existence, how it’s built to fall, made to collapse, and bring the house down with it. If there was a reason for the man to continue, it was his family.

The rest of his family, whose strength he couldn’t see, who possessed the antidote to his misery all along. He couldn’t see as the spirit left the earth, as each tree taken from that place, each memory chopped and turned to dust, created life anew. How all things must burn, to then be reborn.

He couldn’t see the stars, even on the clearest nights. Because he wasn’t looking in the right place. At the far end of the kitchen, by the front door at the bottom of the stairs, a sound just faint enough to pique one’s sense possessed that thing which we can’t define, which we cannot see or prepare for. It came as a sound of a foot being gently placed upon a severed floorboard.

A creak in the night, the foot of a loved one, ever so slight. As he looked up into the sky with his mind split asunder, he heard the noise, and life flowed through him. He turned around, and there he was, the boy who needed him to be there, right where he was.