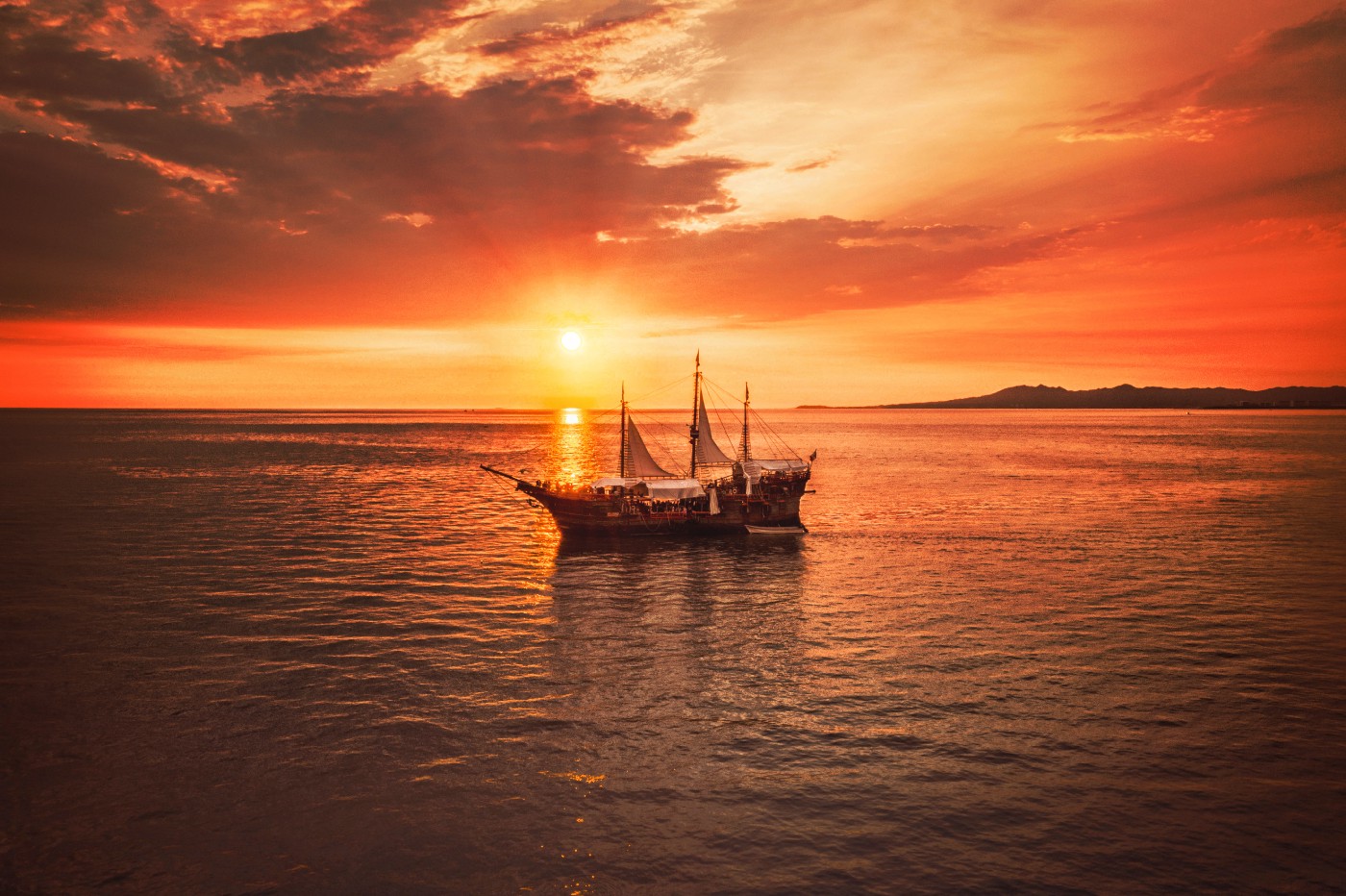 19 Nov Protectors of the Deep

“Morning Roger, slight west wind,” says Skip. He ambles next to Roger beside the helm. The sea is quiet enough to hear the dogs breathing. Only Skip and Roger are awake, although darkness never came.

Twenty-four hours of consecutive light. This is where the creature lurks.

Roger always responds with his own name.

“Where to, Cap?” Skip takes a long sip of coffee.

“Ten leagues below the sea, my inquisitive friend.”

Neither looks at the other. Sippp.

An hour passes. Two hours. Roger and Skip go about their chores — squab the liters and mackle the tackle; dip the drab and charge the spit.

It’s morning now, but you wouldn’t know it from the light in the sky, only by the activity of the salty crew. They’ve been at sea for 279 days with nothing to show for it.

Milo shakes like a Quaker and nearly tumbles from the crow’s nest. He wears custom rubber boots on all four legs. His telescope is his lone companion. He seldom leaves his perch.

Do his eyes deceive? He’s never seen a shadow so big. It lurks beneath the translucent green waves; he prays he saw a tentacle eclipse the white-capped surf.

“Skip, am I going mad or did Milo claimmmMooMONOLITH!!”

Grrrr. Roger has worn a white seashell eyepatch around his left eye since he was a deck paw. White, the color of quartz. Of a mountain’s peak. Of a swan. His fur is orange as Sahara sand and thick as Skip’s leftover gruel. His mind is sharp.

He’s waited for this day since he was a pup on his grandpaw’s knee, listening with an astute discernment for fact over fiction, bark over bite. His puppyhood flashes through his mind with the potency of an arctic gale.

Ten leagues below the sea, a monolith squid drifts patiently through an endless mass of liquid death. Pressure that no man could fathom; darkness that no dog could understand; truth that can only be tasted as salt on the tip of the tongue.

One other squid moves patiently through the ocean’s depths like a cloud forming in the sky. Where exactly? No living soul knows.

Nova Scotia, 1846: A monolith washed upon the shores of Dingwall. Its rotting stench nearly cleared the town of residents.

Legend has it their numbers ranged from ninety to one-hundred and ninety. Roger’s great-grandpaw Dartz Lenroy studied the fabled beast, finding its stench earthy.

It’s believed that the monolith squids emerged when Neptune took the throne of the sea; they served as the protectors of the deep.

With a grace that the finest flamenco dancer could only dream of, the squids made the sea their kingdom; rarely feared but revered by all — especially the Lenroy clan, whose tale intertwines with the shellfish and brine.

For hundreds of years the monolith squid drifted unopposed, for no sea-swelling creature could match its size or wit.

But their formidable foe came not from the darkness below, but from the changing tides above. Cats.

Cute and fluffy, sure; but the cats that sail are no friend of the squid. When they began their hunt for the monolith? Nodoggy knows.

It’s been documented that in as early as 1418, the Chartreux breed of France would bath in vats of bubbling ink while sipping Bordeaux, turning their coat into an illustrious shade of blue.

The Cornish Rex took pride in hanging the beak of the squid on the walls of their seaside haunts — a token of the chilling swell.

The Russian Blue cat would drink the ink straight, endorsing a vitality that moved mountains.

The Canadian Foldex as you probably know is recognized for writing poetry so sweet, it’ll make honey cry. But if you knew they’ve been writing it with the ink of bygone squid, you’d hold back those tears, bottle them up, and send them back to sea where they belong.

The cat is no friend of the squid. The Lenroys are no friends of the cats. For the Lenroys, Roger being the latest along with his devoted crew, only hope to study the beasts and write tales of their beauty.

Led by Roger, the true aim of the dogs is to help the squid return to its former glory, impossible with cats on the high tide.

As the monolith’s numbers have dwindled, the sea has lost its sheen; the birds have lost their squaw, and Neptune, the way the water moves when there’s nobody there to guide it, has lost its soul.

Roger won’t let the last remaining monolith squid escape his sight, for he knows if he does, the cats will be waiting. Not just any cats, but the Norwegian Forest cats, native to the regions of the midnight sun.

Roger adjusts his seashell eyepatch, gives his coat a proper lick, and howls a cry that can’t be mistaken. It’s a monolith alright. Time to make Dartz proud.