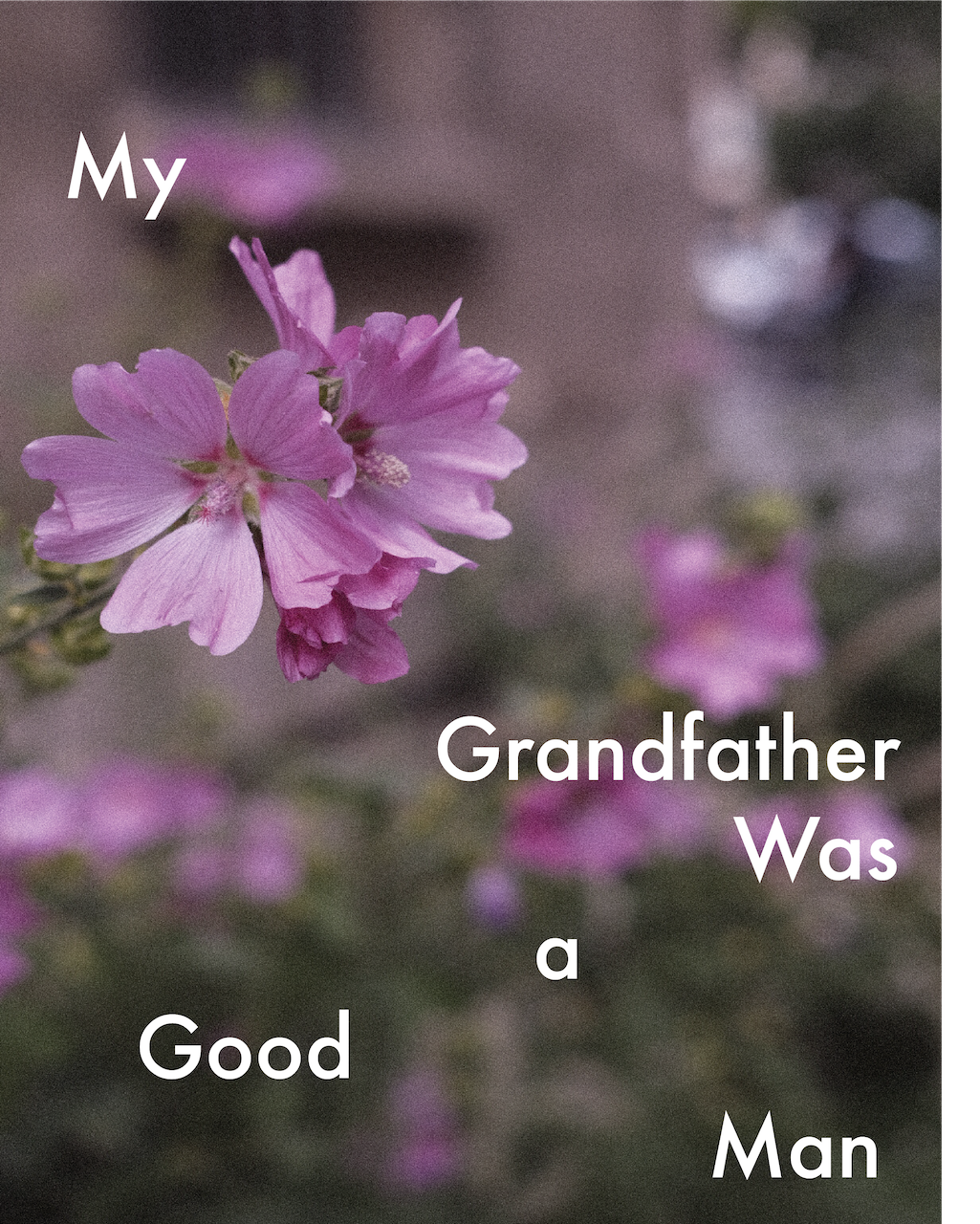 15 May My Grandfather Was a Good Man

The ides of May
Reborn,
Embrace the sunshine of the day.
Have time and place lost meaning?
Our memories,
Fragments of time —
Forever with us.

WHEN I THINK OF SPRING, I remember being a kid pulling up to my grandparent’s house. I wore an oversized blazer; long black hair swung in front of my face.

We were going to the racetrack.

My grandfather Dicky went to the track every day he wasn’t working. Santa Anita or Hollywood Park — if one was closed, he’d be at the other.

His friends and his community were there; it brought him joy.

Orange persimmons hung low on the trees, which led to the front door. I’d maneuver around the crushed fruit on the ground — a hop from one stone to the next, then a duck under the tree.

Red, pink, and white rose bushes covered the front windows of the house. The air was dry; it would sap my energy like a desert star. It felt good to step out of the car.

My grandparents were young and full of life.

Dicky was already at the track; he wouldn’t miss a race if he could help it.

Dicky and Mel Brooks, one of his best friends, seemed like kids. Their spirits radiated; they simply loved life.

There would surely be one or two guys who looked like they were in the mafia. They wore suits and turtlenecks and were standing.

My uncle Casey drove with Dicky every day.

Stolidly, he read the racing form and sipped a cup of black coffee. When he saw me, my dad, and my brother approach their table at the Turf Club, he would express a comforting smile. His eyes, too, would smile.

My grandfather never drank. He always had a cold Coca Cola with ice sitting on the white tablecloth, as sugar was his only drug of choice. It looked incredible on a hot day.

We’d pull up chairs and sit at the surrounding tables. My grandfather was the sun; we revolved around him like planets. We craved his warmth.

He would tell my brother and me, we could be jockeys. Although it was a shame, we weren’t small enough.

Jockeys are tough as nails.

Although, as we’d watch them click and clack through the tunnel out to the starting gate, they seemed like the friendliest guys in the world.

My eyes glazed over the esoteric racing form, which Hemingway called, “The true art of fiction.”

The racing form lays out the characteristics of the race down to the trivial.

It details the horse’s age, fitness, and weight — their trainer and their history, where the horses were bred, which performed best on dry dirt, rainy slush, or turf, as well as recent results.

Those experienced in studying the form, like my grandfather, would make links between the different factors as if they were stars of a constellation.

He ostensibly had a formula. I, on the other hand, had no idea what I was reading.

Therefore, I went with whoever had the coolest name.

“Dad,” I’d say, giving him over my twenty bucks for the day, “I’ll take whoever you take… to win.”

“I’ll take ten dollars on Call Me Hector to win, ten dollars on Charlotte’s Ringer to place, and five on Danish Glory to show,” my brother said confidently to my dad as he handed over his lot.

I don’t think my brother knew how to read the form either. He just got lucky.

The sound of the horn would blast through the halls and through our skin. The race was about to begin…

The horses left the starting gate like bullets from a gun.

“He’s pacing himself, don’t worry!” Dicky exclaimed. Our pick to win hung towards the back of the pack.

“There’s the move, he’s making his move!” he yelled, with genuine enthusiasm reverberating in his voice.

The vivid colors of the jockey’s uniforms blended with the track. They became one as they hugged the gate around the turn, rounding the home stretch.

Neck and neck until the end, when Laffit Pincay Jr. broke away and won.

Ten to one odds.

My brother won a hundred bucks. I’d never been so jealous.

We’re often not aware at the moment — but that day, that year that flies by, that person — we are them.

Nostalgia, like the antiquated wooden racetrack which no longer stands, is beautiful. It’s a part of history, our history. We’re living in the good old days.

When I see the subtle color of a rose, I think of days at the racetrack. I remember my grandfather, Dicky.

I feel the warmth of life in the heart of spring.

Dicky was a positive light in this world. Those memories are imprinted in my mind and serve as a foundation for who I am.

He was human and had incredible gifts, as well as faults. We all do.

Yet, my grandfather’s legacy is a good one because he lived for others. He lived to share his light, regardless if it would be reciprocated.

He was a good man.