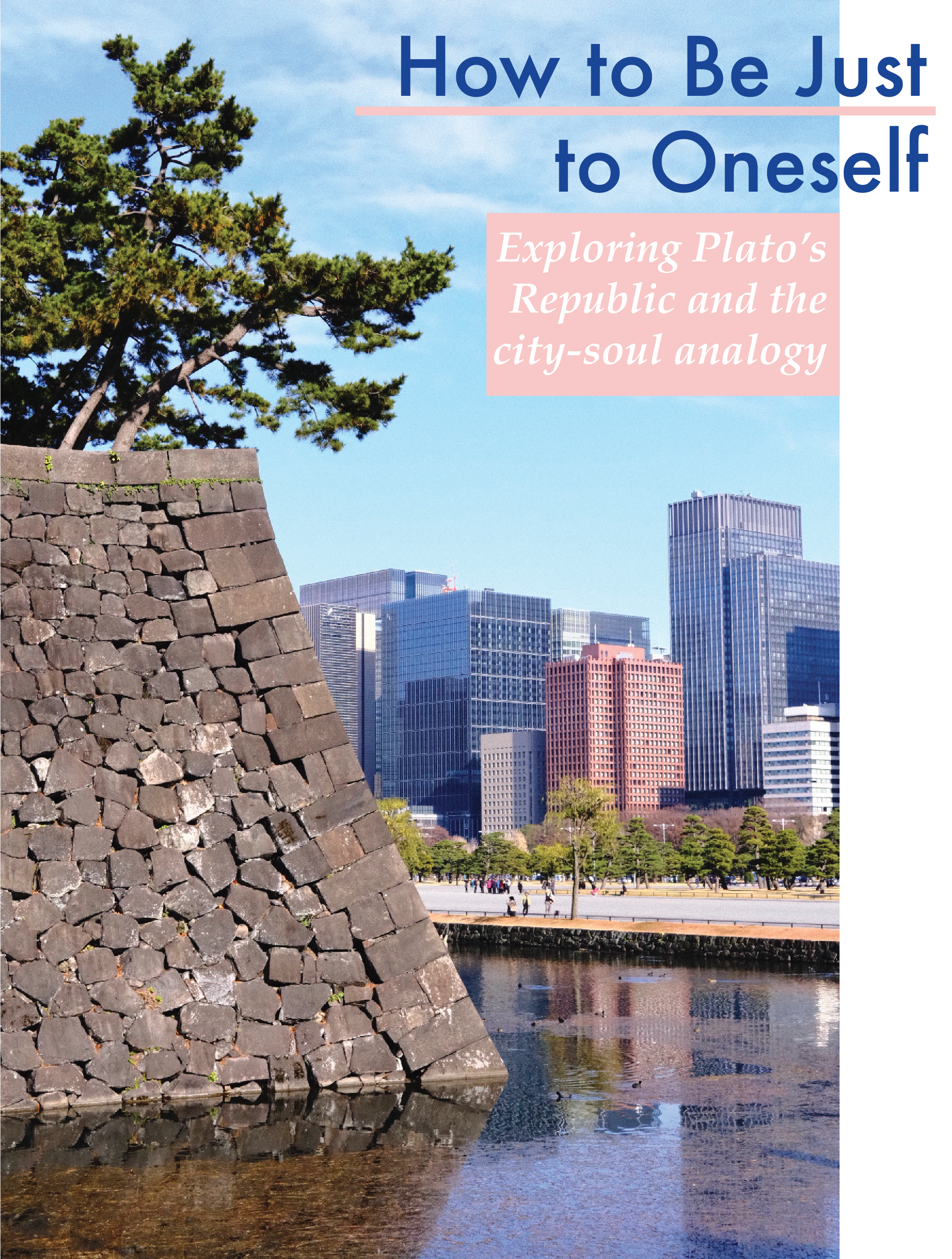 10 Jun How to Be Just to Oneself

SOME DAYS when we’re angry at ourselves, it feels as though there’s a battle amongst the different elements of our soul. We’re unproductive; we overeat, we say something we regret, and our soul splits like two armies at war.

We’re human beings, and we all experience this conflicted sense of self every day. There will always be a doubt as to whether we’re doing the right thing.

But there will also be moments when we’re proud of who we are.

When we’re authentic, the smoke of the battle clears; we believe in ourselves as if our soul is working in harmony.

Maybe not for something we’ve done or what we’ve said — but because we feel deep within our being that we are living our life — we’re unapologetically ourselves.

It’s seldom easy to ride the highs and the lows of our personal life with an objective mind.

But we’re exactly who we’re supposed to be.

When we’re angry with ourselves, we must look within objectively and ask — what is truly taking place?

Twenty-four-hundred years ago, in 380 BCE, the Greek philosopher Plato contemplated the divergence of the soul in his Republic, arguably the most influential book in Western political philosophy.

The book reads like a play, where Plato places his most significant influence, Socrates, as the hero and driving force of the story.

Socrates was condemned to death in Athens in 399 BCE for allegedly corrupting the youth, roughly twenty years before the Republic.

Plato’s Republic takes place in the port of Athens around the year 410 BCE. Cultures intermingled as ships arrived from every corner of the ancient world.

In the Republic, Socrates hangs around the port to attend a religious festival honoring a new god. He finds himself discussing fundamental philosophical questions with other citizens, characteristically on an insatiable quest for truth.

Socrates delves into the question with Cephalus — what is justice? It becomes apparent that there’s no straightforward answer.

The question of justice, specifically how it relates to the soul, occupies much of the entire book’s dialogue.

Socrates explains that the individual psuchê, the Greek translation of the soul, comprises three separate parts: reason, desire, and spirit.

The person who is inwardly just becomes their own friend, and harmonizes the three parts, exactly like the notes of a harmonic scale,

Injustice is a certain faction among those three - a meddling interference of a part of the soul against the whole.

Socrates composes the “city-soul analogy,” constructing, in theory, a perfectly just city he describes as the individual soul “written large.”

The structure of the soul is fundamentally similar to the order of a city, which to be just must work together harmoniously.

However, what Socrates constructs doesn’t look anything like a modern democracy.

In what Socrates calls the “noble lie,” citizens don’t have parents of their own. Instead, the city is the parent to all.

If the city is the universal parent, then all citizens are brothers and sisters and feel a greater sense of ‘patriotism,’ deriving from the Greek word patêr, which translates to father.

In Socrates’s supposedly just government, everybody is born into a class with a predetermined role.

The citizens of this city are born with either gold, silver, or bronze souls, which subjects them to rank in the city.

This perfect city should foster the cardinal virtues of ancient Greece: wisdom, courage, moderation, and justice.

The city is wise because it’s ruled by the gold-souled citizens, the “guardians,” whose paramount virtue is knowledge. The silver-souled soldiers will endure any danger for their state, making the city courageous.

It is moderate because the bronze-souled citizens restrain their desires to follow the order of the leaders.

A State was thought by us to be just when the three classes in the State severally did their own business,

Socrates lived in the Golden Age of Greece when democracy in Athens was flourishing. Art, philosophy, architecture, and literature drove the advancement of Western civilization.

Yet, Socrates was skeptical of his government. Even in the birthplace of democracy, he was sentenced to death by consuming a deadly potion of the poisonous plant hemlock.

He argued that while the majority decides who will lead, that doesn’t necessarily mean the most knowledgeable person will rise to the top.

In theory, a leader can lie to garner the favor of the majority.

Hence, Socrates creates his just city and places wisdom, courage, and moderation as its indispensable qualities.

And so we may assume that the individual has the same three principles in his own soul which are found in the state.

It has been criticized as such by the 20th-century philosopher Karl Popper in his book The Open Society and Its Enemies, written in 1945 in defense of liberal democracy.

Plato’s student Aristotle criticizes the Republic as well in his Politics.

It’s natural to believe that 20th-century dystopian novels such as Aldous Huxley’s Brave New World and George Orwell’s 1984 derived inspiration from the Republic.

Huxley and Orwell crafted their dismal fictional worlds and Popper his philosophical work when totalitarianism posed a legitimate threat to democracy.

When the state strives to make everybody one, there’s no room for the individual to pursue what makes life a worthwhile quest: failure and growth, creation and struggle, love.

Socrates states that the just city, through its victories and inevitable pains, acts as one. He tells Adeimantus:

Our aim in founding the State was not the disproportionate happiness of any one class, but the greatest happiness of the whole.

It’s thought-provoking to think of the soul this way: censored, stable, always following the rules, doing our duty.

Socrates seems to be more interested in a stable city than a progressive one and declares this leads to happiness— but does it create happiness within the individual?

If studying ourselves was as straightforward as Plato writes in the Republic, we would all be perfectly just, perfectly whole people.

Of course, it is not.

Plato was a philosopher. As such, he aimed to get to the pure root of an idea; here, the just self.

Yet, we’re much more complicated than merely comprising three parts of our soul working together.

The question is not quite so easy when we proceed to ask whether these principles are three or one,

Whether we learn with one part of our nature, are angry with another, and with a third part desire the satisfaction of our natural appetites, or whether the whole soul comes into play in each sort of action; to determine that is the difficulty.

That is the difficulty — to truly feel like one whole being in our skin, at peace, and inspiring ourselves as a constant motivator.

Maybe it takes a rising up of the bronze-souled citizens, the part of us which is the strongest but suppressed by the guardians, reason.

Socrates constructs a stable city, and if our soul worked in the same way, perhaps we would have a secure, stable life. But for some reason, that doesn’t sound like any fun.

Perhaps we must rebel.