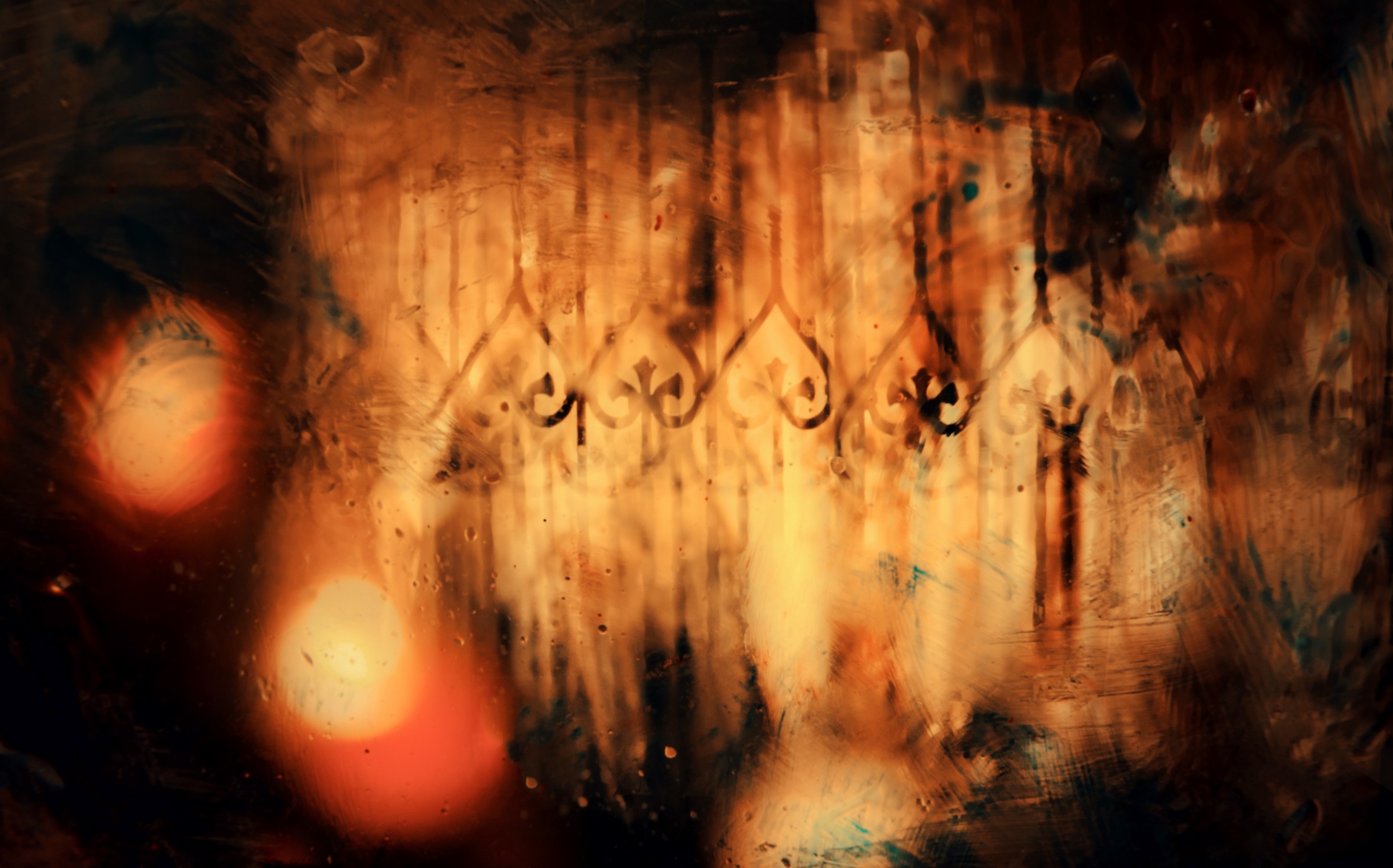 The freighter leaves in forty minutes.

Avori has just enough time to make it if she leaves without a question or a moment’s pause.

She’s watched the world silently flutter by for twenty-two years. Twenty-two years of waiting for what’s never returned. She knows the path well enough —  along the docks like a mouse.

Down to the port with the swiftness of a falling leaf.

She stuffs a handful of peppermint into the worn pocket of her long denim coat and slips her folded documents into the other pocket, along with a sewing kit, a scratch pad and brass pen, and the onyx stone.

Like a compass, the stone indicates the holder’s position.

North, south, east and west mean nothing to Avori, nor do they mean anything to the onyx stone. For the last cross of time, the black translucent stone has glowed orange from its core.

Orange indicates danger. Purple reveals the path to what you fear; peppermint green, like the leaves of Tau’s ubiquitous pines, imparts safety.

When the stone radiates the deep and endless blue of dusk, the holder and their surroundings exist in harmony. Avori has never seen the stone glow blue.

She lights a match and drops it into the remaining bushel of peppermint. It should cover the unmistakable scent of abandon.

The light of the match illuminates the interior of the swaying boat. This has never been home, but it’s given her a place to rest her head at night. And for that, she’s indebted.

Her voice resounds around the cabin’s metallic interior like light reflected off a mirror. The scent is overwhelming. She takes one last deep inhale. She puts the lighter in the jacket’s interior.

She steps outside and breathes. One two three four deep inhalations and exhalations.

Darkness reigns over the docks and sea, a darkness like she’s never experienced. Before, it concealed everything she didn’t know about the world.

Now, it bids her entry into its mysteries.

The signs telling her to go have never let up.

Tau isn’t home and never was. She takes her first few steps away from the swaying boat and reaches into her coat pocket. She can feel the warmth of the stone.

She pulls it out and pauses; molecule by molecule, the onyx black has started to change into deep and hazy purple, like the transition from night to dawn. It’s exactly what she hoped for.

She looks back one last time.

“Shit.” She can see the word in the air as it leaves her lips. Her journey begins towards what she fears — for the first time, she’s going somewhere.

Like a mouse she moves along the docks, staying low and in the shadows. Most fishers and merchants are asleep at this hour, a brief respite from the unending commotion that surrounds the fishery.

The onyx stone has glowed orange for so long, she’s become used to a life of blending in, of reticence in conversation and a swiftness in her gait. When she’s free from the docks and the smell of aging flesh, Avori moves into the hills and the pines on the outskirts of the city.

She’ll use the trees to her advantage, navigating the wooden beasts as quickly as she can before arriving at the dock. How she’ll manage to board the freighter set for Crimsonne, she hasn’t yet decided.

Let’s get through this forest unscathed.

She keeps to the shadows; her footsteps make no sounds. The stone feels warmer to her touch and she holds it in her pocket. The fear she marches towards burns like fuel within her chest.

“Go to Crimsonne,” her brother Taylor once told her, “if you ever need a friend.”

I don’t need a friend, she thinks to herself. Her legs move silently beneath the jacket’s bottom half, as if she glides atop the earth.

I need to know why you left. Why you left me here, in this place that feels so empty, with walls that seem to bar the magic that I’ve heard flows throughout this world.

She doesn’t know if Taylor is alive; he left when she was five. For twenty-two years she’s lived as a ghost among the docks, faceless.

Crimsonne is four days away by freight; she couldn’t make it on her own. Her barge is too small and she knows not the flow of the tides.

A sound comes from the trees. Avori becomes nothing, a shadow amongst the pines, crouched amongst a peppermint grove.

Hoo. Hoo. A three-horned owl rustles. Without making a sound, it swoops from the tree and ascends with a mouse in its talons, still alive and squirming. Its fate is sealed.

I have to move, now.

The overwhelming smell grabs you and holds you and won’t let you leave. Avori buttons the jacket over her noise to stave off the dream-like effect of the grove.

Avori emerges from the trees. She remains unspotted. She watches the port from above — the coming and going of things she could never imagine the value of.

The port is dimly lit by the white light of the moon. At least on the periphery. Its interior glows like the core of the earth where fires blaze and embers smoulder.

The freighter is gargantuan, bigger than anything she’s ever seen, save the Library of Tau. The boat is a city unto itself. She watches as its mouth opens like a drawbridge, slowly and methodically.

She breathes everything she has out of her lungs. The stone in her pocket is shimmering like an opalescent lilac, a purple unlike she’s ever seen before.

What am I doing.

Without waiting for her heart’s response, she’s halfway to the port.

Read The Smile of Avori, Pt 1.