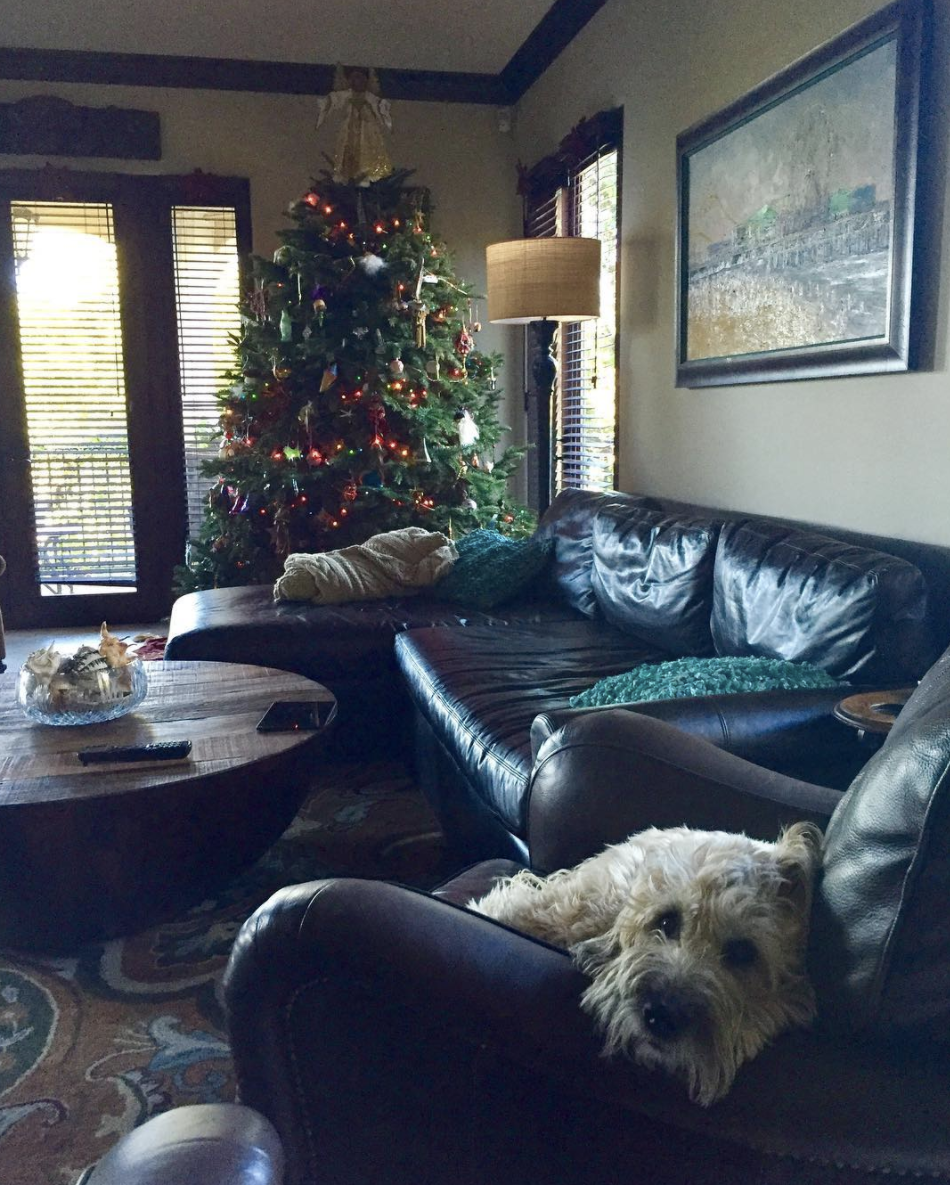 WHEN I THINK ABOUT A FUNNY STORY, I can’t help but think of dogs. They’re a common theme because of how close we become. Some of my favorite stories have to do with dogs — short stories by Thomas Mann and Anton Chekhov. When I was a kid I always wanted a pet. Who didn’t, the idea of having some obscure animal as a pet. I loved the idea and my stepmom Eileen always backed me. I had ’em. I had a run with two tortoises, but they were kinda boring after a while. I wanted to love them. I guess I wasn’t ready. I see myself one day with a giant tortoise and a dog. I had guinea pigs as well. They were constantly scared and would kick wood chips around the room. Then came Charlotte, our soft-coated wheaten. On the first day she came home, I think it was me who put her down in the driveway. Without hesitation she took off and charged at my little brother Jesse like a torpedo. In that moment, their rivalry began. Charlotte spearheaded Jesse into the car like a dart. From that day on Charlotte and Jesse quarreled, but they had respect for one another. Caesar Millan tried to train Charlotte. You could feel the spirit in her as a puppy. Whenever we went swimming, she would approach and lap the pool until building the courage to jump in. When she did all bets were off; somebody was coming out with scratches. She got older, and nicer, and started looking more and more like a furry coat.

Charlotte passed away recently. Her loving soul was ready to go.

I think she’s up there with the other dogs who’ve come and gone. Dogs are beautiful creatures — so are cats. Guinea Pigs, too. The tortoise is an idea I’m excited about.

Kids gotta learn to have pets.