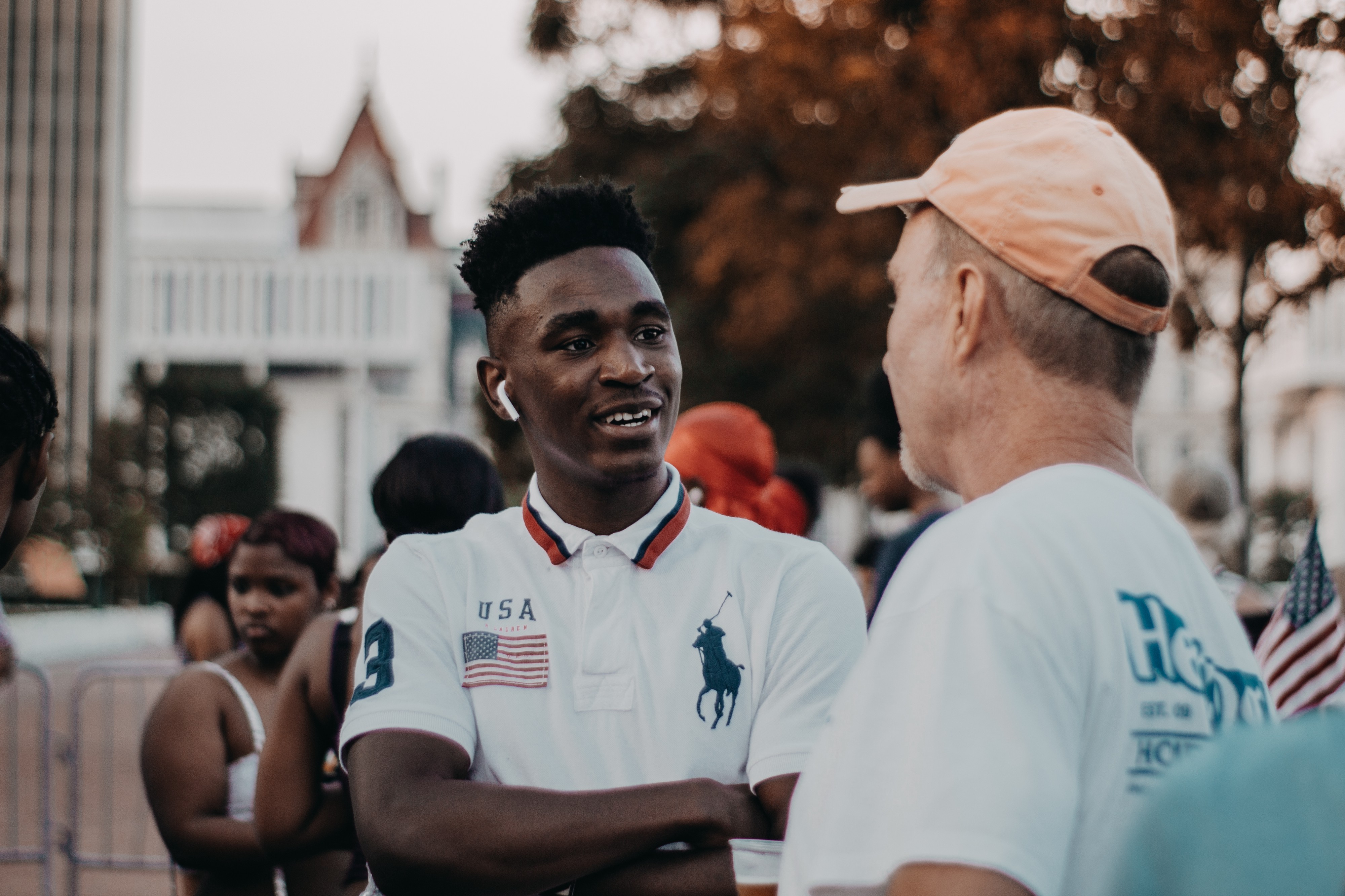 15 May Compassion Supersedes the Need to Be Right

WE STAND AT A PIVOTAL point in human history; when the world needs acceptance and unconditional love more than anything else, we’re caught in the perverse us versus them mindset.

This time isn’t easy for anybody. We’re all doing our best with what we know, but often it can feel like being “right” is more important than finding the truth.

While we should be able to openly discuss all options, concerns, and perspectives of this pandemic to seek the truth, we’re too often pitted against each other. To find the truth, we must each individually admit that we don’t have the answer.

Hopefully, we’ve learned a great deal from this pandemic already. But there’s so much left to be done if we don’t want to fall back into our old ways. It will start with us as individuals — how we treat each other, how we inspire each other, and how we love each other through any adversity.

Socrates and the Pursuit of Truth

In the fifth century BC, when the Delphic Oracle named the Greek philosopher Socrates as the wisest man in all of Greece, it’s believed Socrates stated:

If I am the wisest man, it is because I alone know that I know nothing.

When Socrates claimed, “all I know is that I do not know,” he admitted his own ignorance. This brave admittance fueled his lifelong pursuit to find the truth. Socrates never wrote down his theories or ideas.

Rather, his teachings were captured by friends and acquaintances, primarily by Socrates’s protégé, Plato, who uses Socrates as the central character in his Republic.

That Socrates wrote nothing down conveys the notion that he simply wished to learn about what makes life worth living. That is the role of the philosopher, as philosophy, from the Greek philo (love) and sophia (wisdom) translates into the love of wisdom.

If he believed he already knew, then what would be the point of conversing, of reading, of seeking? Socrates is known for his Socratic dialogues, a style of engaging in a conversation that asks question after question of a counterpart to encourage reflective thought.

The incessant questioning of Socrates turned the citizens of Athens against him, as they sentenced him to death for idolizing false gods and corrupting the youth. Instead of fleeing, which Athens gave him the chance to do, Socrates bravely accepted his fate and went down as a martyr of truth.

Distinguished author and psychologist Jordan Peterson writes in his book 12 Rules for Life:

Socrates rejected expediency, and the necessity for manipulation that accompanied it. He chose instead, under the director of conditions, to maintain his pursuit of the meaningful. 2500 years later, remember his decision and take comfort from it.

A Form of Mutual Exploration

Technology has increasingly improved since the dawn of humankind to help us understand, adapt to, and find our place in the world. It’s astounding what we know about the world today — yet there’s still so much to uncover about this planet and beyond.

Like technology, we ourselves are each a work in progress, using the experience of every day to further understand who we are and the world we inhabit.

We can only work with what we have; we have our individual histories and memories, outside influences vying for our attention, and a unique perspective of life seen from our own two eyes.

To have a discussion like Socrates (perhaps in a less agitating manner), is to move forward together towards a common completeness, one where both parties seek the truth as opposed to being right, one that genuinely fosters growth on both ends.

If we’re incomplete and want to grow, then we should use the art of conversation to grow into something, every so slightly, more complete.

Peterson writes in 12 Rules for Life that this type of conversation that seeks the truth over validation is “a form of mutual exploration.”

It requires true reciprocity on the part of those listening and speaking. A conversation of mutual exploration has a topic, generally complex, of genuine interest to the participants.

Everyone participating is trying to solve a problem, instead of insisting on the a priori validity of their own positions. All are acting on the premise that they have something to learn. This kind of conversation constitutes active philosophy, the highest form of thought, and the best preparation for proper living.

Our Need to Be Right

This type of conversation doesn’t come easily. We strive to win in a conversation because not proving our point would deem us insufficient. But why do we care so much?

“It is human nature to want to be right,” writes Dr. Susi Ferrarello in her Psychology Today article.

The problem is that being right becomes more important than being meaningful and compassionate. Often we do not realize it; we just get stuck and the discussion does not lead anywhere. Yet, quietly the doubts start inside us and we lose, bit by bit, contact with our real self.

Being right in an argument is rarely even about what’s being argued. It speaks to something deeper, the longing to be acknowledged, listened to, and felt for. What we need now is compassion, that which is lost when we only strive to be right. Ferrarello writes:

The need to be right is a need to be seen, which has nothing to do with ethics.

When conversations regarding the pandemic come up and we don’t want to make a mistake in our viewpoint, it feels like we’re walking on eggshells. How can we grow this way? How can we move forward from a place of fear?

We’re afraid — each of us is afraid — I am afraid. But together through love, we will find the light again. Together we will emerge from this stronger and united if we believe it’s possible.

We must learn how to have conversations of mutual exploration — the following sentiment below by actor, rapper, and producer Will Smith on Jay Shetty’s podcast On Purpose can show us how.

Smith Discusses Our Own Lack of Understanding

Shetty is an author, podcast host and life coach who applies the lessons he learned from spending three years in India practicing as a monk back in our modern world.

Shetty’s conversation with Smith resonated deeply with me, as we can all use their insights to foster more self-awareness.

Smith discusses how the central problem regarding conflict in any conversation or relationship is assuming that we’re right.

“You are always bringing poison to the party,” he says in the podcast over his intermittent, lovable laughter.

When you recognize that in any difficulty if you can focus on locating and purifying the poison you've brought, it opens up entirely new avenues of connection and compromise and solutions that you can create with a person.

If you're talking about a husband and wife, or a parent and child, democrat and republican, Saudi and American, in all of those configurations of human difficulty, at the center of it is almost exclusively a lack of understanding of the other person's perspective.

I loved this interview so much. Smith expounds on the underlying difficulties of his career. For a long time it seemed like he was on top of Hollywood crushing the game (does anybody dislike Hitch?). Yet, he and his family were actually miserable.

He put fame over family. He put being the best, being the “teacher” over seeking the truth as a student of life. What really struck me is how every year, Smith and his wife Jada Pinkett Smith dedicate themselves to the study of a new religion. Smith says in the podcast:

In the study of the spiritual texts and things like that, I've always been looking for the secret to a successful, loving relationship. As I've grown, it's sort of expanded and I'm seeing the through line, that the same basic ideas `{`apply to`}` successful parenting, and how to be a successful follower, leader, or student. It sounds simple, but the concepts of ignorance and delusion are always the problem.

What I love about Smith’s exploration of different religions is the acceptance that there isn’t only one way to live. No one religion is the “right” one, no viewpoint correct, no one better than the other. Each has their distinguishing features; each provides something profound to understand.

How exciting could it be to believe that the other person in any relationship or any conversation can teach us something about ourselves? We are all just students of life seeking a way to be seen, heard, and loved.

We are incomplete; every human being has had a myriad of complex experiences and histories. We barely know who we are ourselves. But we can learn. We can grow.

We can find common ground in the most combative of situations. But it takes wanting to learn by admitting that we, ourselves, are perfectly incomplete. With this mindset, we can only move forward together.