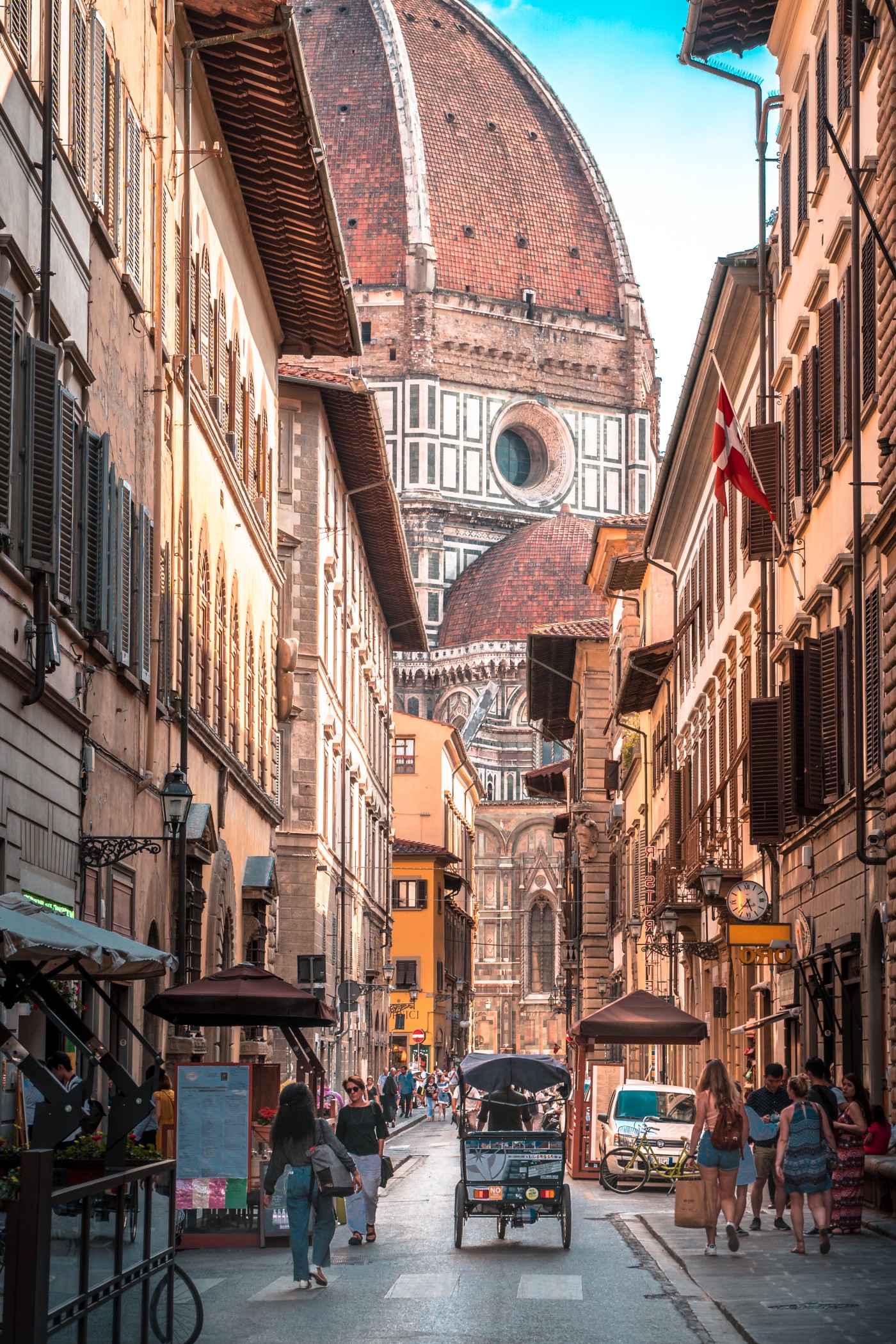 08 May A Mind Driven by Ceaseless Curiosity

MY name is Leonardo, Leonardo da Vinci, as I’m from the Tuscan hilltop town of Vinci, outside of Firenze, Italy. All my life, I’ve been driven by one thing: Curiosity.

My contemporaries know me primarily as a painter, an artist; but I consider myself much more than that. I’m a student of life, and find myself endlessly fascinated by the ways in which the world works and how it’s all connected.

I’ll tell you a story:

In 1487, when I was thirty-five-years-old, the authorities of Milano were seeking an architect for their cathedral. I saw this as a chance to demonstrate my prowess as more than a painter, but as an architect.

On the project I worked with Francesco di Giorgio, a man they call the Leonardo of Siena.

We took a trip to Pavia to look at another cathedral that was being built at the time. In the castle in Pavia, we knew that there was a beautiful manuscript copy of an architectural treatise by Vitruvius, a Roman military officer and engineer from the first-century BC.

You see, I wanted to take a look at this treatise; Vitruvius had made a fascinating claim that a properly constructed temple should follow the proportions of the human body, as if the body were flat on its back.

Now this fascinated me! We, as human beings, are a microcosm of the world at large; even of the cosmos as a whole. This idea goes back to Plato and the ancients, who called man a lesser world.

So you see, my paintings and the picture that would come, my Vitruvian Man, embody this analogy of man as a lesser world. Perfectly aligned like a magnificent cathedral, we embody the Earth and the very universe itself.

Now wouldn’t you want to visit Pavia, too? Surely.

So Francesco, who was revising his own manuscript on architecture, and myself, set off for Pavia outside of Milano. We discussed the analogy; we discussed life as the journey unfolded.

When we saw Vitruvius’s manuscript, its beauty, its depth, but most importantly, its ideas touched me greatly. Born in 80 BC, Vitruvius served under Caesar and specialized in the design of artillery machines. But he later became an architect and worked on a temple in the town of Fano.

It was then, when he wrote his most important work: The Ten Books on Architecture.

This book, it is extraordinary. It is even considered one of the revived essential books, along with Lucretius’s and Cicero’s works, which birthed the Renaissance which we find ourselves in now.

So, after studying the manuscript, a vision came to me. I had to draw the Vitruvian Man.

My final depiction portrays man, at the center of the world, spread out like an eagle, proportionate of course, gazing forward. As powerful as the cosmos, as beautiful as the finest temple.

The Vitruvian Man is us; for we are nature, nature is us. It is a new age, one where the individual isn’t ruled by the Church, isn’t defined by his class or background, but by what’s in his heart and soul.

Now this is what continues to drive me — sheer curiosity for what we might be, and all we might become.

This story was inspired by one of my favorite books: Leonardo da Vinci, by Walter Isaacson