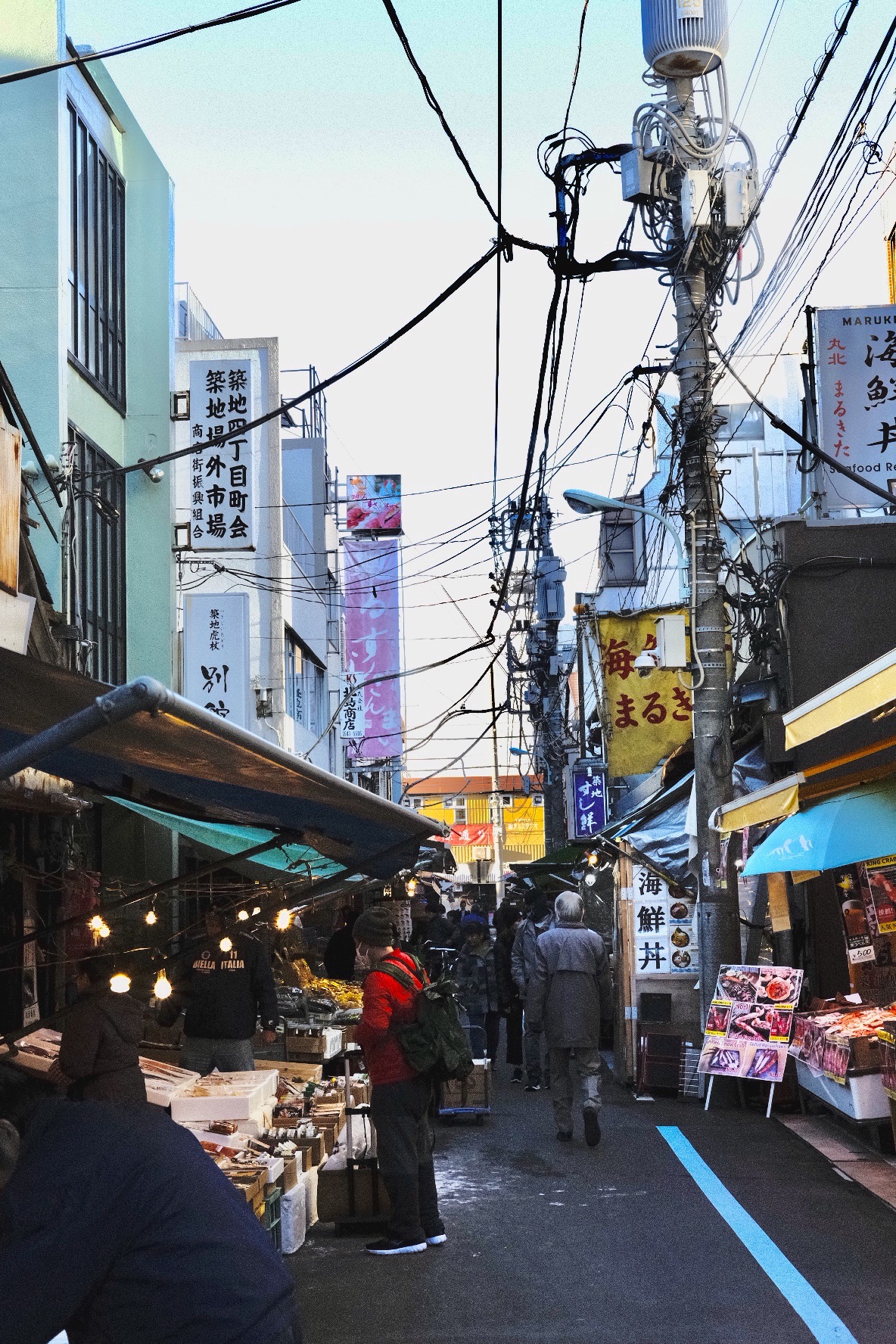 I had no intention of sleeping in. I shuffled around my wooden, dimly lit cubby that had just enough space for a mattress and my small bag.

It was my first morning in Tokyo, Japan, a country I’d dreamed of visiting ever since I was a kid and began to feel an intrinsic connection to the subtle Japanese aesthetic and way of life. It has only burned brighter the older I get.

The shared hostel room had about ten of us, each confined to our bed behind a small curtain. It was 6 am; I had to get out.

I tried my best to be quiet but when I began my descent from my top bunk down each squeaking step, I heard the calm voice of my best friend, Morgan.

“Hey buddy, what’re you doin?” His head popped out from the bottom bunk; he too looked ready with his winter coat already on and his things neatly laid out. I froze when I hear a voice, then smiled.

Of course he did. We didn’t plan this trip for nine and a half months to sleep in the hostel. We stepped outside into the light of fresh dawn and rubbed our faces to awaken them.

We started walking in awe amid the cold December morning. The low buildings of Akasaka were draped in a muted darkness that began to lift along with our spirits.

“Yes — check it out!” I grabbed Morgan and turned him to see the restaurant poster depicting a bowl of steaming white rice with a raw egg on top, some seaweed, shallots, and black sesame seeds, with a stream of soy sauce cascading over it all.

“This is why we’re here!” I exclaimed. In a way, it was. I saw this dish on one of my favorite episodes of Chef’s Table with chef Ivan Orkin.

But this — a simple bowl of rice with a raw egg and soy sauce — is the reason he fell in love with Japan.

I was prepared for the same fate.

We strolled into the shop and had our first taste of Japanese cuisine. In Japan, it’s hard to find a dish that doesn’t satisfy one’s soul.

The term shokunin refers to a Japanese artisan who cares deeply about their work in a material and spiritual sense, no matter what it is.

This is why the ramen that is cheap and on practically every other street corner is so incredibly delicious and why 7–11 is actually a sustainable place to eat consistently. From the bottom to the top, the Japanese take pride in what they do.

Our first meal in Japan satisfied a craving I’d felt for practically a year. For the next three weeks I was endlessly inspired by the diversity, simplicity, and genuine care of the food in Japan.

It was only the first morning. I was already in love.